The Lemmings Are Back! (And This Time They've Got QR Codes With Them!) 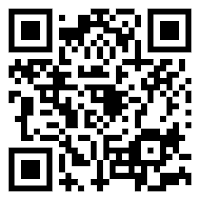 Marketers and Bright Shiny Objects. You’d think at some point the attraction would fade. But it only seems to intensify over time. Having just abandoned their domain sites for Facebook, marketers are busy slapping QR codes on every square inch of white space in their offline arsenal – print, outdoor, DM, in-store handouts, kiosk screens-- you name it, it's got a QR code on it.

And once again, we are all left wondering just WTF they are thinking.

I have yet to see anyone “in the wild” actually using a QR code, and a quick (and decidedly unscientific) polling of Twitter reveals I am not alone. It’s not too hard to figure out why: it’s not an easy thing to do.

To begin with, you need a QR code reader app on your smartphone. Lots of people still don’t have smartphones. And of the people who do, I’d venture to say the majority have never heard of a QR reader or know that it’s needed to read that funny hieroglyphic thing in the ad.

The apps are not particularly intuitive. And snapping the photo is not all that easy. QR codes are sort of square, smartphone screens are pretty rectangular. So there’s a whole lot of adjusting to do to make sure you have the hieroglyph properly in view and once you’ve nailed that part, you still have to make sure you’re holding the phone steady enough to snap a clear picture and that there aren’t shadows from the overhead lights or anything mucking it up.

Let’s just say you’ve managed to figure all that out and have the actual QR code on your phone. And that you have a working 3G or WiFi connection. And that you actually get to where the QR code is going to take you.

Cool! It’s the brand website! And you can watch their TV commercial on it! At full 3G download speed! Then you can download a PDF of their latest brochure and figure out what program on your phone you can open it with! Fun!

So there you have it: a whole lot of work for a seriously disappointing payoff.

And the ability to say “Yeah, we tested using QR codes back in ’11. They don’t work.” without ever questioning why.

NB: I get that QR codes have the potential to be a very successful tactic, and that there are already case studies on how well they’ve worked. It’s the “we need one of these QR things now” way they’re being implemented, without thinking through any of the implications, that’s the problem.

A Word In Defense Of Social Media Gurus
Last week, I stumbled upon the latest blog post urging right-minded people to take up cudgels against the evil caste of "social media gurus" infecting the land. The ironic part is these posts are often written by people whose main expertise lies in social media. This is more of a sales pitch than argument: hire the author and you too can be saved.
But to paraphrase the old Garrett Morris skit, “Where are these social media gurus? I want some names! I want some phone numbers!” I’ve never actually met one. That is kind of odd, given that my job is to provide strategic advice to companies that are purchasing one of the social media or social video solutions my company sells. We’re primarily a software company. I generally get to meet everyone involved in the decision making process, either before, during or after the decision is actually made.
Most of the people I meet with are either in marketing or at the C-level. They generally have an idea that they should be doing more with social media than they currently are and some may even have a plan in mind. Sometimes the plan makes sense, other times it’s overly ambitious. But the problem, if there is one, has never involved a Rasputin-like “social media guru” bewitching the company into spending their entire marketing budget on tweeting recycled press releases. (It does make for some pretty funny material for an XtraNormal video.)
The problem, rather, is exactly what you’d think it’d be: Companies want a social media presence. They just don’t want to incur the costs and make the necessary infrastructure changes. Call it fear of commitment.
We also forget just how many companies are locked inside an IT version of North Korea. They don’t have Windows or Mac, they have a “packaged proprietary interface” that gives them a choice between icons marked “email” “word processing” and “calendar.” If they actually do get an “Internet” icon to click, it’s a strictly moderated version of IE6 that allows users to visit a handful of (mostly work-related) sites.
READ THE REST ON DIGIDAY.COM
at 5:01 PM No comments:

The title of this episode comes from my reference to LinkedIn as the "gateway drug of social media" during a discussion of their recent IPO.

For that and more, listen to the most recent episode of the always excellent BeanCast podcast, with host Bob Knorpp, me, Joe Jaffe, Bill Green and Matt McDermott.

LISTEN TO THE SHOW NOW OR SUBSCRIBE FOR AUTODOWNLOADING

Newer Posts Older Posts Home
Subscribe to: Posts (Atom)
Over The Top: How The Internet Is (Slowly But Surely) Changing The Television Industry