How Many Friends Have I Really Got?

Facebook recently introduced their version of email, pointedly called "not-email" which is intended to let users talk with their friends in real time via email, text, IM and messaging.

A noble attempt, but one i suspect is doomed to fail. That's because it's all but impossible to separate out our "friends" from the rest of the people we know. This is not a technology issue, it's a psychology issue: people we consider friends may only consider us acquaintances and vice versa. And once we open up that can of worms, we're talking about a group much larger than our actual friends.

Remember Plaxo? It was a LinkedIn style platform that tried to get us to segregate our friends into three seemingly easy groupings: Friends, Work and Family. Only it wasn't so easy. One day you got an invitation from Bob, who you considered a casual work acquaintance, asking you to connect as a friend. Fair enough. You were likely flattered that Bob considered you a friend. But if Bob was listed as a friend, then Arun, Maria, Dave and Kevin, all of whom you had listed as work connections, needed to be made "friends" since you were certainly closer to them than you were to Bob, and it wouldn't make sense to have him as a Friend and them as mere co-workers.

And that's the problem: friendship is never as simple as a math equation. The people most of us consider friends rarely have us on an equivalent plane of friendship. So the potential for hurt feelings is quite high. And the second I give my Facebook email to an acquaintance is the second its value as a communication device with my inner circle diminishes in value 100%.

It's human nature and I'm not sure if technology can fix it. The best bet seems to be to maintain various levels of communication and allow water (or friendship) to seek its own level. That way we're not forced to declare our level of friendship with someone based on our communication vehicle.

A bit more complicated, no doubt, but ultimately less stressful.
at 10:17 PM No comments:

It’s the “repeat” part I have a problem with: Yelp is blowing a prime opportunity by putting the emphasis on repeat check-ins rather than first-time check-ins.

I’m guessing that most Yelp mobile users are somewhere away from their home base: either in another part of town or out of town all together. If they are using the mobile service as a way to find a local restaurant, an offer of 10% off, a free soda or prix fixe dinner may well sway them towards one of two or three equally acceptable (albeit unknown) options.

They’re unlikely to use the mobile app to check-in to a restaurant they frequent because there’s no reason for them to be on the mobile app: they already know where the restaurant is and aren't likely to use the mobile app to look up new reviews. If the restaurant pushes the offer (via in-store signage or something on the menu) repeat customers might take advantage of it and check-in, but that sort of activity does nothing to help sell-in Yelp’s main advantage, which is as a restaurant review site. (A free restaurant review site, at that, which showcases the tastes of twenty-somethings versus the paid Zagat sites whose audience skews older.)

Allowing restaurants to lure in first time users would not only solidify Yelp’s reputation, but would also possibly give more gravitas to the check-ins if they are pushed out to other social media sites: a user has no incentive to say something positive about a restaurant they are eating at for the first time, particularly once they’ve received their free root beer.

The missed opportunity here is yet another example of brands jumping on the bright shiny object bandwagon and letting the cart drive the horse rather than thinking about what their ultimate value proposition is to the consumer and how to use social media tools to support that proposition.
at 11:59 AM No comments:

Like all the rest of the usual suspects, I was able to get my hands on the new RockMelt  browser the other day in its pre-release beta version. (Thanks to Bill Green of MTLB for that one.

It imported all my info from Safari pretty seamlessly (though passwords and permissions  don’t automatically install.)

It’s fairly simple to set up. But you do need to set it up for it to be useful. That means deciding which of your friends/family members get the 14 coveted widget slots on the left side of the browser, and which sites with RSS feeds you’re going to select as widgets on the right.

The widgets all appear as pop-up windows over the browser (though you can change that in the settings) and you can even detach them and drag them to a far corner of your browser.

One cool feature of the widgets is that they are outlined in blue when one of your friends or websites has new activity so you don’t have to keep checking.

When you Google something from the toolbar, the results shows up as a separate widget-like. ad-free, pop-over window. That way you get to check out the suggested sites without having to leave the results list. I’m still not 100% sure this is more efficient than opening up every link that looks like it might be relevant in a separate tab and rifling through them, but I’m willing to give it a shot.

The Friend widgets are ultimately not all that useful: the Chat function is Facebook chat. Which lots of people don’t use (or have permanently hidden) because unlike AIM or Skype, Facebook chat can be highly interruptive, especially if you’ve just jumped on for a quick Bejeweled Blitz break.

My other options with the Friend widget are sending Facebook messages or writing on their Wall. Which some people will no doubt find useful, but since I rarely use either feature, it renders the widgets sort of pointless.

RockMelt works well as a social browser. There are some features that need to be ironed out, but the basic idea is solid and it functions well as an actual browser.

The problem is that all the social stuff is very distracting when you’re trying to actually do work. I mean if you can always shut down your Twitter app and navigating to Facebook is a conscious decision. The little side widgets very quickly start to make you feel like your friends are standing outside the house waiting for you to finish your homework so you can come out and play. That’s not all that conducive to getting work done.

Off-hours, it’s not a bad toy. RockMelt definitely helps keep the social experience front and center and the “share” button on the browser makes it easy to post whatever it is you’re looking at to either Facebook or Twitter.

But ultimately, it’s not that special. There are plenty of plug-ins for Firefox and Chrome if I want to access Facebook all day long. Plenty of people download them. I never have. I use TBuzz or Amplify to share links straight from Safari.

Widgets and widget like objects are great for quick updates, but they pale beside the  actual website. So when I realized I’d been spending much of my time on RockMelt on Facebook.com, I knew what my verdict was going to be.
at 2:34 PM No comments:

The Value of Integration 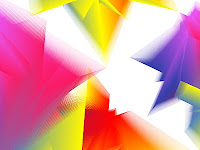 So the 800 number at the bottom of the ad was replaced by the website address, which in turn was replaced by the ubiquitous Facebook URL. And brands are investing heavily in their Facebook pages, giving users the chance to do everything from having “conversations” with the brand to ordering pizzas and airline tickets to entering contests and games.

Which makes sense at first blush: you want to be where your users are and Facebook’s got 500 million some odd users.

All that data about all those users is going straight to Mr. Zuckerberg’s servers. Not yours.

You can make assumptions based on what you can find out about your “fans” from looking at those parts of their profiles they’ve elected to make public, but that’s about it.

What’s more, you’ve got a website somewhere that’s going underutilized, a site where you can actually collect user data and control content, plus customize the look and feel to your heart’s content.

Plus you’ve got more and more users who primarily interact with you on their mobile devices where they can’t really do a whole lot with your cool new Facebook tab.

Which is why brands need to look at ways to integrate all their various and sundry touchpoints. That doesn’t mean that they all need to look identical, but rather, that all your content needs to live on a single platform based around your brand site where it can be ported out to social media’s walled gardens and open APIs (and vice versa) without your brand losing control over user data.

And while your immediate goals may not call for any sort of social CMS, there’s a good chance that as social media becomes more ubiquitous, more like Charlene Li’s famous analogy “like air” there’s going to be a lot of value in knowing who your “fans” and "followers" are and how and where you can reach them. (Facebook and Twitter are great, low-barrier ways to initially attract users, who can then be funneled over to your site for deeper engagement. But funneling them is a whole lot easier when you already know who they are.)

An integrated approach has other benefits as well. Various social media will come and go. At some point Facebook will become AOL. (It wasn't all that long ago that ads ended with "AOL Keyword: Compaq") Mobile apps may give way to some other platform. But your brand’s URL is a constant. It’s the one place consumers will always be able to find you, the one place you own.

Now of course creating a platform with the ability to host all your content, and making your brand site the nexus of your digital presence is exactly what my current employer, KickApps does. But that’s precisely why they are my current employer: we share a vision of the web where user data is paramount and brands act like brands, not buddies. (aka “Your Brand Is Not My Friend.”)

As the social web becomes just “the web,” the ability to quickly share and control content will become more and more important. Which is why having a single, integrated platform makes so much sense.

Labels: Your Brand Is Not My Friend
Newer Posts Older Posts Home
Subscribe to: Posts (Atom)
Over The Top: How The Internet Is (Slowly But Surely) Changing The Television Industry