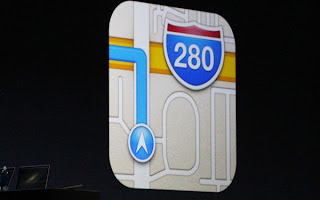 As someone who is frequently driving to unfamiliar locations and who relies on an iPhone based GPS to get himself there, I have to say that the new Apple maps program is quite an improvement, particularly in terms of the graphics, which make navigating while driving a lot simpler.

The problem, for Apple, is that the program it's quite an improvement on isn't Google Maps, which it replaced, but rather TomTom USA, which is the company the app is based on.

While Google maps on iOS is a wonderful thing, it didn't work like a GPS. If you wanted step-by-step directions, you needed a co-pilot: you had to both read and advance the app yourself.

That's why so many iPhone users went out and bought GPS apps like Tom Tom and Wayz: they allowed you to use your phone instead of a unique GPS device to access a program where a robotic voice read you directions as you drove.

That was the hole Apple was likely trying to plug. What they seem to have overlooked was that lots of people used Google Maps for things other than driving directions. Like walking directions. Biking directions. Or just browsing their current location to figure out what was close by.

It's not that Apple Maps is a bad app. It's got great features like Siri and search integration. It's just that it doesn't do what GoogleApps did.

Video Interviews From IBC: The Next Web and Beet.TV

I was interviewed on camera twice last week during IBC - you can see the results below.

The first is a conversation with Beet.TV's Andy Plesser about the KIT Social Program Guide, which won the CSI (Cable and Satellite International) Award for Best Social TV App, beating out never.no and three other competitors. We also touch on the Second Screen Society, a very worthwhile organization KIT has played a lead role in helping to get off the ground.

The second interview, with TheNextWeb's Martin Bryant, takes a deeper dive into the current and future state of television and where we see the industry headed next.

(And yes, I need to learn to look directly at camera.) 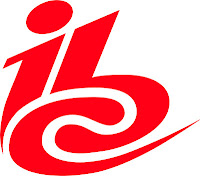 IBC 2012 is on this weekend in Amsterdam and I will be there representing KIT at two different sessions.

On Saturday night, I'll be delivering the keynote at the 2nd Screen Summit Amsterdam with the first live version of the viral "10 Things You Need To Know About The Future of Television" (I'll be providing a more Eurocentric spin for the IBC audience.) There are a lot of really big name speakers as 2nd Screen, so if you are in Amsterdam for IBC,  please check it out.

Then, on Sunday, I will be on stage at the IBC Rising Stars event, along with Naomi Climer from Sony Entertainment and Tony Churnside from the BBC. We'll be discussing what our paths were into the industry and how it's changed over the years. I've pointed out to my kids (several times) that the program refers to me as an "inspirational industry figure" but they seem rather nonplussed.

Check me out on Twitter for updates and other news from the show.
at 3:49 AM No comments:

7 Things Obama and Romney Need To Do To Win 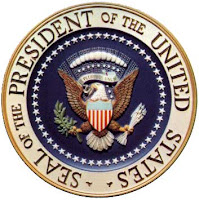 I spend a lot of time figuring out ways for brands to get consumers to like them, so here's a bit of advice for the for the two brands running for the US presidency this year.

7. Stop campaigning to 27 undecided voters in Ohio. Geting lost in the weeds like that just makes the rest of the country feel cynical and uninspired. You are both capable of bigger thinking. Go there.

Labels: Politics
Newer Posts Older Posts Home
Subscribe to: Posts (Atom)
Over The Top: How The Internet Is (Slowly But Surely) Changing The Television Industry