In the spirit of research and investigation, I tried most of the Oscar oriented apps and several of the general social TV apps during last night's broadcast.

At least from my friends, who all seemed to be on Twitter (as they always are for events like the Oscars). The 300 or so people I follow on Twitter provided enough rapid-fire commentary on their own to keep me from even bothering with hashtags.

Now while my Twitter friends do not a focus group make, the obvious takeaway here is that critical mass is very, very important to the success of any social TV app.

And that Twitter would be mad not to create one of their own.

They've already got the bulk of the conversation. And they desperately need a way to make money that doesn't involve sponsored tweets. So why not just create their own Social TV app that looks and feels just like Twitter only with extras like audio recognition for check-in or polls or the ability to see which shows are trending now.

The social TV functions don't even need to be a separate app- they would likely work better if Twitter just added a series of TV-focused features on the existing Twitter mobile apps and allowed them to function like "Trending Now" or hashtags - additional information available to users when they want to see it, but done in a way that doesn't interfere with their day-to-day tweeting.

The bulk of social TV experiences are going to be around the same big events we all talk about in real life: the Oscars, the Super Bowl, the Grammys. Twitter is the perfect companion for them and they'd be foolish not to capitalize on that.
at 12:42 AM No comments:

Back To The Future 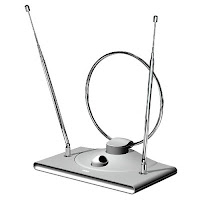 So Pandora’s Box creaked open yesterday and out flew HD digital antennas, this time in the form of Aereo, a legally tenuous startup funded by the likes of Barry Diller.

Aereo (né BamBoom) offers consumers two lightweight mini-antennas (they’re about the size of a dime and look like doll-sized Silly Bandz bracelets.) With your antennas, Aereo gives you access to all the broadcast channels in your area (all the major networks) and a cloud-based DVR that holds 40 hours of programming (you can even upload from both antennas simultaneously.)

For potential cord-cutters, this is huge news. Access to live news and sports has long been the main thing keeping viewers tied to a pay TV provider. With Aereo, they’ll get news and weather. For the most part, anyway. Broadcast-only means no cable networks like ESPN and CNN.

But ESPN and CNN have web-based apps that feature live TV. And along with popular cable staples like HBO, Showtime, AMC, USA , TWC, TBS and TNT, they could start their own web-based subscription services. (NB: Could is a lot different than will -- the pay TV providers still turn a serious profit from their deals with the cable networks, while providing the networks with the bulk of their user base. Neither side wants to mess with that arrangement any time soon.)

Aereo, as the LA Times notes, faces a gauntlet of legal challenges and may never actually see the light of day. But the back-to-the-future notion is now out there that miniature HD antennas can easily pick up broadcast signals and stream them across a variety of devices (BTIG’s Rich Greenfield was duly impressed with the 3G stream on his AT&T iPhone- check his post (registration required) for pictures and video ) and once it's out there, there’s no turning back. Developers will continue to innovate newer and smaller antennas, while improving both picture quality and range.

As that happens, more and more consumers will decide that a handful of broadcast stations (including the big 4 networks) coupled with à la carte OTT solutions (Netflix, Hulu, iTunes, et al) are all they need. That in turn, puts pressure on pay TV providers to create smaller, more customizable packages in order to compete.

While we are still a while away from this, there’s no small irony in the future of television being an antenna. After all, in pre-cable days, TV was actually free.

This coming Thursday, Feb. 16th, at 5PM, I'm going to be part of one of the more interesting panels I've been on to date.

It's a part of Social Media Week NYC 2012 and it's called "My Social TV App Thinks I'm My Dad: Privacy Issues In The Age of Convergence."  Here's a description from the site:


While Social TV may be this year’s buzzword, there’s one issue that’s often overlooked: whose social TV is it?
TVs are rarely personal devices. So how do you make sure that Mom and Dad’s Cinemax movies aren’t posted to their kid’s Facebook walls? And if the whole family is watching together, whose friends is the app tracking?
We’ll also look at:


The event is free, but you do need to register here and spots are limited.


Jack Marshall from Digiday is going to be the moderator. 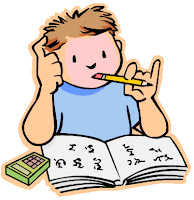 
UPDATE: Check out similar conclusions from Jeremy Toeman at LiveDigitally
at 4:13 PM No comments:

Make sure and reserve a spot ASAP - it's FREE but it is filling up fast.

Here are the details:


My Social TV App Thinks I'm My Dad:
Privacy Issues In The Age of Convergence


While Social TV may be this year’s buzzword, there's one issue that's often overlooked: whose social TV is it? TVs are rarely personal devices.

So how do you make sure that Mom and Dad's Cinemax movies aren't posted to their kid’s Facebook walls? And if the whole family is watching together, whose friends is the app tracking? We'll also look at: