Dear Zuck: 5 Ways To Fix Facebook (And Get Your Stock Back Up) 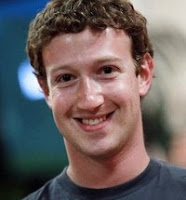 It breaks my heart to see your stock tanking because investors aren’t seeing eye-to-eye on the monetization thing. Especially since, from where I’m sitting, it doesn’t seem that hard. So here’s what you do to get your stock back on track again:


So take this for what it is: the semi-informed ramblings of someone who has no idea what’re really driving your decisions beyond what he reads in the trade press. If you like what you read though, you can always friend me and we’ll take it from there.
at 9:57 AM No comments:

Labels: Not Everyone Is An Upscale Urban 30something White Male Hipster, Social Media Is Only Social If You're Alone, Your Brand Is Not My Friend

Apple TV Is Going To Be Software, Not Hardware 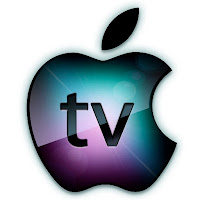 Back in January, we predicted that an Apple TV would be sold like an iPhone, via a proprietary deal with a select MVPD, who’d offer their subscribers an iPhone-like discount on the beautiful new box for a two-year engagement.

I still think Apple is still going to offer someone a proprietary deal for its product similar to the one described above. Only the product is not going to be a TV set, but rather  software that will put a beautiful new interface on the TV you already own.

There’s no need for Apple to build a TV: the ones we already have work really well. They’re dumb terminals. There’s not a whole lot of clamoring for improvement on the size and shape of the screen or the quality of the HD display. (Compare that to the cell phone market where the iPhone was as remarkable for its shape, screen size and screen quality as it was for its app-based interface.)

And that’s exactly what the TV industry needs right now: a well thought out interface.

The typical MVPD on-screen experience is the polar opposite of “user friendly,” what with two thousand random channels displayed in a grid with the HD ones crammed somewhere in the middle. Add in On Demand and DVR menus that were apparently designed by the same people who created Brain Teasers. A notable absence of customization and personalization features. Topped off by search features that require you to scroll through a keypad using nothing but your remote control. (Possibly from the same Brain Teasers team.)

And these are billed as vast improvements from earlier versions.

It’s also something Apple can completely control as it operated on (wait for it) a closed system. (Apple, as you may have noticed, is all about closed systems and control.)

Which makes the first real TV OS the obvious move for them.  The OS would live on the set top box of whichever MVPDs they signed a deal with. It would be a premium product that would turn millions of dumb terminals into objects of great envy. While being rightly hailed as yet another incredible innovation from Apple’s design geniuses.

Though not nearly as genius as what will happen two years later, when Apple introduces an improved version of the interface as a second screen iPad app (available through the Apple store) to anyone whose MVPD has paid through the nose to support the Apple TV platform and get a customized app for their subscribers in return. Said app replacing the need for a set top box and creating a whole new world of second screen experiences.

Caveats: It’s quite likely that an Apple TV line-up will only have 50 or 100 channels, as not every network will want to/be able to accommodate Apple’s demands. Apple may even pare down the list themselves, so as to create a “Best Of” type collection. Either way, you can be sure most all of the usual suspects will be there.

And profiting handsomely from it along with their friends in Cupertino.

UPDATE, 8.15.12: The Wall Street Journal is reporting tonight that "Apple Inc. is in talks with some of the biggest U.S. cable operators about letting consumers use an Apple device as a set-top box for live television and other content, according to people familiar with the matter."

This also ties in with a post we did back in January, predicting that Apple would be looking to do an iPhone like deal with major MVPDs.

Why #NBCFail is #Doomed

This ran on Digiday last week and stirred up more than a bit of controversy.

It sure sucks to be NBC this week. The Peacock Network is at the center of yet another Twitter-centric firestorm around a relatively minor First World Problem that’s got the cable-free utopians in yet another uproar.

Granted, not showing the opening ceremony in real time online or on Bravo was a bit of a miscalculation. But it’s certainly not the disaster of apocalyptic proportion the Occupy TV types are making it out to be. It was a business decision. And while I get that no one else you graduated with from Vassar has cable, between 80 percent to 90 percent of Americans do, so NBC really isn’t all that worried about the 2 to 5 percent that don’t. No matter how much you tweet about it.

They (and the rest of the TV industry) actually do get that change is coming. It’s just that right now, it’s not profitable for them to radically overhaul their business models to reflect that change. Which brings up another thing the #HowMuchWouldYouPayForHBO and #NBCFail crowds seem to be blissfully oblivious of, which is how the TV business actually works.

So lets start with one of Occupy TV’s big pain points: NBC had the temerity to require users to authenticate with a valid cable subscription in order to watch the live stream of the Olympics online. But in England, the BBC was giving it away for free! You know what else the Brits can do? Go to a doctor and have the government pay for it. They’ve got socialized medicine and socialized television. The BBC is run by the government*. It’s like PBS with a sense of humor and a Democratic Congress in power.

NBC has shareholders, profits and the knowledge that most people in the U.S. circa 2012 have cable subscriptions. NBC also needs to sell the entire NBC line-up to the various MVPDs (Multichannel Video Platform Distributors, i.e., what we call cable companies nowadays so the telcos and satellite providers feel included). That’s a big part of their income. The MVPDs know the networks are trying to get the most money out of them while making them take every channel they offer, so they are looking for any chance to push back at NBC for that. The MVPDs also know that Internet viewing is cutting into their audience, so they want NBC to make viewers authenticate, because then being a Time-Warner subscriber has added value.

And if that doesn’t work, there’s plan B: bandwidth caps. That can make it very expensive to watch TV online, especially if you are a heavy user. Then again, cutting the cord really isn’t that much of a cost-cutting measure. It’s a political/ethical statement about how much you don’t like the current state of pay television. It’s also why analyst Rich Greenfield is spot on when he says that the first successful virtual MVPD is going to be a premium experience, where viewers pay more for a
beautiful, intuitive interface, true “TV Everywhere” functionality and a host of other features the MVPDs have been too slow in developing.

This will be what shocks the MVPDs into action and gets them to make much-needed changes — not the adolescent whining of Occupy TVers who’ve recently suffered the double indignities of not being able to watch either “Game of Thrones” or the Olympics in real time because they don’t have cable subscriptions.

And those Sudanese refugees thought they had it rough.

UPDATE: NBC released a whole bunch of stats to the Wall Street Journal. Seems they are having the best Olympics ever, with record-setting ratings and may actually wind up making money, rather than losing millions as was reported originally.


*Okay, it's technically funded by licensing fees, but the government has oversight on the network, which does not have to answer to shareholders the way NBC does.

Labels: Buzzword Of The Month Club, Convergence, Not Everyone Is An Upscale Urban 30something White Male Hipster, VOD
Newer Posts Older Posts Home
Subscribe to: Posts (Atom)
Over The Top: How The Internet Is (Slowly But Surely) Changing The Television Industry