One of the recurring themes you hear from naysayers who are unhappy with Facebook’s $19 billion purchase of WhatsApp is that it does the exact same thing as any number of messaging apps. Which is true. It just does it better and easier.

Take Skype, which is often held up as an app with even more functionality than WhatsApp: it allows texting, talking, and video chatting. But Skype requires you to sign up. It puts the onus of finding friends on you. And as any Skype user can attest, it’s buggy: IMs show up two days after they were sent. Friends online status get updated seemingly randomly with intrusive pop-up messages. And, the interface is often counterintuitive.

WhatsApp may not be breakthrough, but it’s simple and if you look at its core user base, you’ll understand why. WhatsApp didn’t break through with affluent American teenagers, they of the unlimited texting plans and unlimited iPhones— it got its traction overseas, with people whose friends didn’t always have smartphones, who had to pay for each text message, more for an MMS. In that sense, it’s similar to the Chinese WeChat, which is designed to work as well on an older Android technology as it is on the latest version of iOS. The recently announced addition of voice calls should play into that strategy too, provided it works as simply and easily as the chat app. The 40 million WhatsApp users in India and the 38 million in Brazil don’t have the same access to unlimited calling plans the way their American peers do. So a simple way to initiate and receive voice calls that doesn’t feel overly corporate (Skype) should be right in WhatsApp’s wheelhouse.

And while we’re riffing on WhatsApp, let’s not forget that a chat app— of any sort— is fundamentally different than Facebook, which bears a stronger resemblance to AOL circa 1998 than to any of today’s new crop of apps. Facebook allows users to spend hours doing anything but communicating with each other: playing CandyCrush, reading articles, stalking old girlfriends. It’s a win for Facebook because they get to serve up countless ads during your hours-long gaming and stalking visit and it gives people who aren't inherently social a reason to visit the app.

So if Facebook is smart, they’ll keep WhatsApp separate. And just be happy knowing that the Facebook brand gives users the best omnivore app (in the original Facebook) the best photo app (Instagram) and now the best messaging app. As companies from P&G to Disney can attest, there’s nothing wrong with that strategy.
at 2:59 PM No comments: Links to this post

A Universe Of Their Own: The Real Fallout From The Time-Warner/Comcast Merger

One of the things that got lost in the news about the Time-Warner/Comcast merger was that the day before, there had been no small amount of buzz around an alleged Apple/Time Warner deal where Time Warner was going to allow Apple to create an interface for Time Warner Cable that lived on the Apple TV box and that supposedly the only thing holding it up was the fact that Apple wanted users to be able to authenticate with their Apple ID rather than with their TimeWarner ID.

The merger would seem to put as end to that, for as tech writer Jessica Lessin noted in a tweet, “(Comcast CEO) Brian Roberts is more likely to win a gold medal than do a deal with Apple right now.”

It’s not that Comcast is anti-innovation— if anything, they tend to lead the industry. It’s just that they like to do things themselves and that doesn’t leave a whole lot of room for Apple or anyone else.

Take set top boxes: while the rest of the industry regards them as something akin to radioactive waste, what with their high upfront costs, $250 truck roll costs, unreliable installer problems and the like, Comcast is doubling down on set top boxes, actually selling their X1 and X2 platforms (and boxes) to competitors. In Comcast’s view, the set top box is their way to control their ecosystem, and with something approaching a national presence, they are in a unique position to do so. That’s bad news for Apple and any other company who was banking on creating a unique TV platform that worked regardless of which MVPDs content it was displaying.

The same DIY philosophy is behind Comcast’s Xfinity Streampix product, which is positioned as a direct competitor to Netflix and Amazon. Streampix allows Comcast to make use of their extensive video library and access to new movies. But more than that, it allows them to circumvent some net neutrality practices since, for example, the bandwidth used when streaming movies via Streampix does not count towards the amount of bandwidth that certain Comcast customers are allowed before caps set in. And here again, the sheer size of the new Comcast will make this significant and may make Streampix a viable rival.

In both instances, the Comcast-Time Warner merger is a big step backwards for third parties who have been trying to/hoping to disrupt the pay TV landscape. Whether they’ll be able to recover from that, to rally other MVPDs together to present an alternate vision of what TV looks like, remains to be seen.
at 2:10 PM No comments: Links to this post 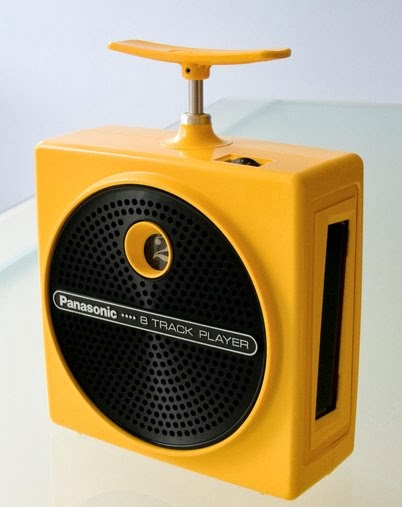 While much has been made lately over cloud-based DVR services — from Comcast’s Boston launch to Aereo— there’s another line of thinking that says the DVR may soon be heading the way of the 8-track.

While consumers may love their DVRs, no one on the industry side has ever been particularly fond of them. DVRs allow viewers to miss live broadcasts and, more importantly, skip commercials. And even if they’re not skipping commercials, they’re often watching ones that are out of date, their offers having expired, the movie no longer in theaters.

As the networks have come to terms with the whole notion of binge-viewing and making everything available on VOD pretty much immediately, they’ve also come to realize the financial advantage VOD has over DVR.

With VOD, the networks control the interaction. With DVR, it’s the consumer. That means the networks can ensure that their VOD programming has non-skippable commercial slots built into it. And that allows them to continue the current ad-supported television model, possibly even growing it, as VOD also offers the opportunity for dynamic ad insertion— placing current ads in those non-skippable slots, perhaps based on what is known about the consumer, their buying habits, their taste in shows. Which means those VOD slots can become even more valuable than live ones.

And so look to the networks to push the MVPDs who will gladly stick a fork in the DVR. Something they can easily do because other than TiVo, there just aren’t that many independent DVR manufacturers. Most people have DVR through their cable box and if the MVPDs want to kill it off, they pretty much can. Which won’t be that big a deal for consumers if every show is instantly available on VOD. In fact, most people might find VOD a more convenient set-up as they’ll no longer have to worry about recording things or whether the football game ran longer than it was supposed to and knocked everything off schedule.

The catch, of course, is that the networks can’t get too greedy. If they stick to a couple of Hulu-esque 60 or 90 second commercial pods, they will be fine and consumers won’t get all that hot and bothered about the commercial breaks. But if they get greedy and insist on 8 minutes worth of commercials on every 30 minute prime-time show, then I’d look to buy stock in TiVo and anyone else who still makes a DVR.

It’s a tough call too, because there’s such a built-in bias towards greed, towards discounting what the consumer wants.

Once again, time will tell.

Interviewed on CBC TV About The Future of Television

I was interviewed the other day by Aaron Saltzman from the CBC (Canadian Broadcasting Corporation) about changes to the TV industry. The story ran on Canada's national news last night.
(My bit is at 00:54)

Labels: Convergence
Newer Posts Older Posts Home
Subscribe to: Posts (Atom)
Over The Top: How The Internet Is (Slowly But Surely) Changing The Television Industry