The term "social TV" has been thrown around a lot these days to describe any and all second screen experiences created around television shows.

But it's well worth noting that many of these apps and features have nothing inherently "social" about them: they are information sources that viewers may choose to share on social networks, but that is not the primary function.

I'm talking about apps that provide statistics during football games or episode guides during dramas and cast bios during reality shows.

That type of functionality is going to be more valuable to many viewers than something that allows them to have conversations during the show. It's well suited for family viewing-- only 31% of Americans watch TV alone -- where we are more likely to share whatever we've learned with the other people in the room (as opposed to say, the entire Twitterverse.)

It is also key insofar as creating any kind of buzz: the  more content you give to people to help expand their knowledge of the program, the more likely they are to share that information at some point, both online and off.

That's why the quality of the second screen content and how much buzz it helps create is going to factor in to how successful a show is. Content that adds to the viewer's experience is far more valuable than a few random pictures of cast members or even the ability to read a Twitter feed.
at 10:48 AM No comments:

Complete video from one of the most interesting panels I've been on in a while, about the future of Social TV.  Hosted by Digiday reporter Jack Marshall, my fellow panelists were Sabrina Caluori, VP of Social Media & Marketing at HBO and Cinemax and Kimber Myers, Director of Partnerships at GetGlue.

The Yin and Yang of TV Today

As we move towards the TV/Internet convergence, the industry seems to be moving along two different paths for every issue that arises.

This presentation attempts to shed some light on where things are headed and what the likely outcomes might be.
The Ying and Yang of TV Today
View more presentations from Alan Wolk
at 9:53 PM No comments:

The Battle Of The Century? 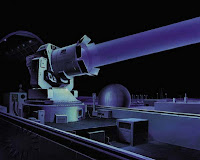 Fall 2011: TV manufacturers are busy rolling out “smart” TVs that connect directly to the Internet. Apple, Google, Roku, Boxee have brought the price of a connected box down to the $99 mark. Meanwhile, both networks and web based services are launching apps on PlayStation, Wii and Game Boy.

So which technology is going to win out?

It's not really a difficult question. The pay TV providers - Comcast, DirectTV, FIOS et al are going to win. Just like they won the battle of the DVR. Only this time the battle will be even easier.

Their "killer app" is convenience. The last thing the average user wants to do is buy yet another device they have to figure out how to install and maintain and eventually upgrade. They are much happier to let someone else do all the work for them.

And it's fairly easy for all the pay TV providers, be they cable, IPTV or satellite to add access to both the internet and internet-based content providers like Netflix and Hulu. The winning solution doesn't have to be anywhere near as elegant as some of the current interfaces: it just has to be considerably less of a hassle.

That's what took TiVo from a verb to "are they still in business?" The DVR/cable box combos of the late 90s/early 00s were pretty clunky. But they were practically free, didn't take up any extra space and were installed, activated and fixed by your local cable guy.

The other killer app here is that the pay TV services own the internet pipes. Something like 90% of Uverse and FIOS customers get their internet and TV service from the same provider and the numbers for the cable services are not far behind.

That means there's not a whole lot that Apple or Google can do: unless they somehow manage to wire the entire US over the next few years (or buy one of the companies that has) they are at the mercy of whoever is bringing the high-speed broadband connection into the house.

Now for the good news: your cable TV provider owning access to all the new internet-based TV services may actually be a good thing for you.

Here's why: Broader access means bigger viewership numbers for all those internet-based content providers. And smaller numbers for the existing broadcast TV networks. Your service provider should be able to use that to push down the exorbitant fees they've been paying the broadcast networks all these years.

Which, if you're lucky, should get passed on to you in the form of a lower monthly cable bill.

Which is something no one would object to.

UPDATE (11.4.11) Today brings news that Google may be stepping up their game: they have been using Kansas City as a test market, and there are reports that they are looking to roll out a full-on Triple Play service there to compete with telcos and cable companies. If it's successful, the question remains as to how quickly they'd be able to roll something like that out nationally.
at 11:09 PM No comments: