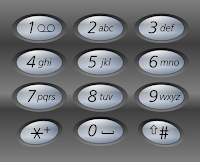 Engineers and techies hate Verizon. They’ve got a list of complaints a mile long about the cell carrier, ranging from its insistence on filling phones with useless branded applications that duplicate superior third-party ones to the overall inferiority of its product line.

Marketing pros marvel at what I’ve heard described as Verizon’s “death wish” – the fact that the carrier has passed on opportunities that many have felt would have put its rivals out of business. (The iPhone, for example.)

Consumers, on the other hand, don’t seem to mind. They’ve focused on the fact that a Verizon phone generally does what a phone is supposed to do: make and receive telephone calls, far more reliably than any of its competitors. (This is especially true in major cities like New York and San Francisco.) For many people, that’s proven to be a far more important factor than the model of their phone or the clunkiness of its apps.

It’s an interesting paradigm: in an industry where consumers have little love for any of the major players, the company that’s focused on the basics has proven to be the gold standard.

That “best of the worst” theory doesn’t make for a sexy marketing strategy, but by actually doing the groundwork, Verizon has established enough word-of-mouth buzz to overcome its rivals marketing-based efforts at stealing the “best coverage” crown. And while no company should strive to be the least lousy player in the market, there’s a lesson in there about sticking to the basics.
at 7:10 PM