The Bright Lights of Google, Trapping Us Like Fireflies 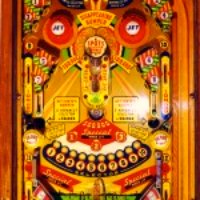 Why is GooglePlus so much fun right now?

It's the old rats and the water bottle in the cage trick: every time we leave it alone for an hour or two, we come back and it's got that red notification light blinking.  Holy cow, someone wants to circle me. Someone commented on my post. Someone else commented on my friend's post. Someone found a Twttter/Facebook add-on for Chrome that really works.

And it's all there brothers and sisters, if you keep the faith and push the little red button.  That's how Twitter first became addictive.

And so it was with  Facebook too. Used to be every time we logged in there was some new piece of news that greeted us. "Fire up those endorphins captain, there's another @ message coming in! And look! Carl from middle school wants to be friends again!"

Right now those places are a little too overrun with strangers and random friends respectively. That takes much of the fun out of the experiences and creates the perfect storm for imaginary Seinfeldian dramas, the kind that convince you not to post that you accidentally closed the door on the cat and how funny his reaction was lest you become a lightening rod for outraged animal lovers who don't find it, or your reaction, the least bit humorous.

Or worse, you start to post pictures to Facebook about the rocking time you're having at the ball game, and stop because you're pretty sure that the guy down the street, whose wife is Facebook friends with your wife, had tried to pass off opera tickets on you for tonight and you can't really remember what sort of excuse you gave him.

GooglePlus will face those kinds of issues soon enough. But not yet. Right now it's just an amusement park full of shiny red lights, rolling circles and ever increasing numbers, so we're all busy coming back to see just what we've won  today.
at 9:21 AM

Labels: Buzzword Of The Month Club, Social Media Is Only Social If You're Alone