The Social EPG is the Social TV of Tomorrow 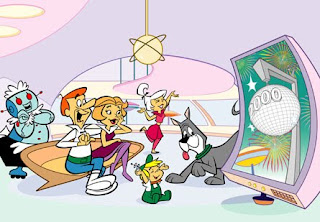 While social TV apps continue to crop up like proverbial weeds, the future of the social TV app will likely be a proprietary social EPG (electronic program guide) provided by the same company that supplies your pay TV service. It will likely come with a companion tablet device too, one your pay TV provider gives you for a low monthly fee, much in the same way they now provide set top boxes. Multiple tablets will mean multiple fees, but most households will want at least one for every adult or teenage member.

This model is the obvious next step for an industry that’s waiting and watching as the current wave of app developers figure out the rules of the game. They’re helping to figure out the ideal user experience and which behaviors (e.g. check-in, chat, recommendations) viewers are most interested in. And they’re doing it all on their VC’s dime as the big industry players just sit back and take notes.

Currently, most social TV apps lack two very basic but very crucial functions: the ability to use the app to change the channel and to record a show for future viewing. For either of these functions to work, the app must be tied in with the viewer’s set top box. Since most are not, the social TV user experience often feels rather stilted and incomplete: I still need to go back to my remote control to tune in to shows, and with over 1,000 channels on most line-ups, that’s easier said than done.

Now I did say “most” not “all”: there are some pay TV providers who are currently testing out the better social TV apps.

They have integrated the apps with their set top boxes, but the apps all still operate in their own private Idahos (e.g. they are not integrated with each other) and the functionality is dictated by the developers, not the providers. That may not seem like a big deal: a lot of developers have an excellent handle on what features will be popular, it’s just that leaving product development in the hands of a third party is never a very good idea. Ultimately you lose control and things like integration never work quite as smoothly as you’d like.

Which is why I see the bigger pay TV providers eventually licensing some of the technology they’ve been playing around with from social TV app makers and bundling it up with proprietary systems they’ve created on their own. (Pulling in a show’s Twitter feed is not brain surgery and Facebook already has solutions in place for providers like Netflix and Hulu.)

The resulting white label app will emphasize the user experience, creating a design scheme that can work on a TV screen, a tablet and a smart phone. The app won’t need to look identical on all three screens, but it will need to be familiar enough so that users don’t have to relearn it as they move from device to device. It will be branded and the experience for each specific provider will be unique: you’ll immediately know whether you are using the Comcast or TimeWarner social EPG.

These unique social experiences will constantly evolve along with technology: voice recognition, virtual keyboards and the like are rapidly approaching a level where they work seamlessly enough to allow for mass adoption-- but the key to success at all stages will be creating a social TV experience simple enough that your grandmother will feel comfortable using it.

It’s a tough problem to solve, but there will be much glory (not to mention profit) for whoever cracks it.