The Perils Of DIY Development 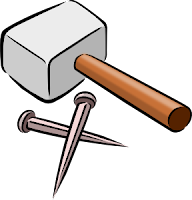 “We’re just going to build it ourselves.”

There are few words more disheartening to a tech company than a potential client who decides to build something on their own.

It’s easy to understand why: there’s an IT director who’s constantly having to battle the impression that his only function is to fix the printer when it breaks down. Who looks at the product, gets a sense of what it does and decides he can figure out how to build it for half the price the external vendor wants to charge him.

There’s the marketing team, who wants to bring in their preferred design team and who want to be able to control the look and feel of the site/app, control they believe they’ll lose if they bring in an outside vendor.

Then there’s the CFO, who looks at the bottom line and sees a significant savings from taking things in house.

So what’s the catch?

Building things internally can be very cost effective... if you’re going to leave your site or app up for two to three months or less. After that, it’s not. You’ve got to factor in the cost of maintaining, upgrading, updating and keeping everything up to date with the current operating system. That means every time Apple upgrades the iOS, you’ve got to upgrade your app or site too. New functionality (e.g. voice commands) suddenly becoming popular and a must-have? Your problem.

And the reason why it’s truly your problem is that you likely don’t have a full time staff of engineers on hand. So you’ve had to outsource pieces of the project, if not the whole thing, and now you’ve got to hire new engineers and hope that they can figure out the code the first group wrote.

That’s particularly true if you hired a design shop to design the site and let them do the buildout for you. The UX may be beautiful and the design cutting edge, but if the underlying code isn’t up to snuff, you’re in trouble once you move to version 2.0.

That’s why it makes sense to hire a company that specializes in building and maintaining whatever it is you’re launching. Because then all those updates are their problem. Or not so much of a problem, since they anticipate those sort of changes and are able to roll out updates more efficiently and cost-effectively since they’re writing the code for a range of projects, not just yours. That keeps costs down and makes sure you stay up to date in a timely fashion.

One caveat here is that many of the these builders and/or systems integrators view design and UX as a necessary evil, which is the last thing you want to hear if you’re in the entertainment business. That’s why (shameless plug alert!) KIT has invested in a top-notch UX and design department: we want to be the ones who help design the app or site, build it and maintain it.

Which makes us a rarity: most design shops don’t excel at building, most builders don’t excel at design. To get both in one company is a luxury, but that doesn’t mean you need to sacrifice: rather than give short shrift to one of these options, you’d do well to hire two companies, one to design and one to build and maintain. It may not sound like the most cost-effective move, but it the long run, it will be worth it as you’ll have a well-designed site that operates and updates smoothly.
at 10:30 AM

Nowadays, the number of most criminal offenses has grown in great number.

Exactly reason do experience for needing a personalized
T shirt? It depends on the individual options and the personal development of the woman or man involved.

By working past they are pointed out to the great heat or cold conditions.

Dinner is served at its a huge four-star restaurant, the very Metate.

An element of tough fight is introduced and therefore each task employs a deadline.
This is an excellent in order to showcase a group logo, for as an example.