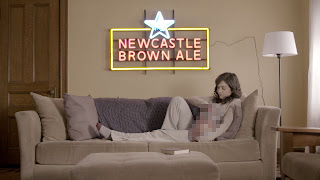 Advertising Week is here and the sudden popularity of ad-blocking software has the industry wringing its hands. But perhaps it’s time to accept what is happening and acknowledge that old school interruptive advertising is in its death throes.

What killed it is not a lack of creativity (though there was certainly plenty of that) but rather a shift in culture that left us immune to the notion of sitting through blocks of unwanted interruptions at a time when the slightest bit of boredom is instantly remedied by picking up a smartphone.

The signs of interrupted advertising’s demise have been around for some time now, only the ad industry ignored them by glomming onto a false logic trap of it’s own creation.

Call it the “YouTube Trap.” Wherein agencies would post long-form versions of their most clever commercials on YouTube and millions of people would watch them. “You see,” the agency creatives would crow, “people really do like watching our commercials. They like them so much, they even watch them when they’re not being forced to.”

Ad blockers will inevitably make their way to TV. And as we watch more and more TV via OTT, the effect will be quite noticeable. Especially for an audience that’s been trained by years of Netflix (and now Amazon and Hulu) to watch TV without commercials. And as the saying goes, once they’ve seen Paris, it’s hard to keep them down on the farm.

So what will replace interruptive advertising and the $70 billion budget it represents for TV?

Lots of things. There’s the easy fix of YouTube style filtering. The sort that lets you exit a commercial after just 5 seconds. Networks can charge big bucks for the people who stick around to watch the remaining 25 or 55 seconds since we can presume they are somewhat interested in the product.

Product placement is another option, one that’s been around for a while, but which can now assume a place of greater importance. Well done product placement is subtle, and viewers are not conscious that the brand is being showcased. (Compare that to American Idol and Coke.)

There’s also native advertising, which seems to work quite well on the web and should easily adapt to TV. Native advertising is written in the voice of the publication and is meant to conform to and compete with the other content on the site, e.g. not stand out as being an advertisement. The content is related to but not directly about the brand, so that a native advertisement the New York Times did for Orange Is The New Black was a well-reported story about women’s prisons. (Yes, even the Times does native advertising.)

While TV networks are already starting to use their stars in ads that run around a show, there is far more opportunity to create programming that does not feel like advertising featuring actors and writers from the network shows. If nothing else, it’s a great way to showcase talent from the network’s newest shows and get them out in front of viewers again.

Co-branded promotions on social media can also help replace some of those ad dollars. Brands benefit from the halo effect of being associated with a popular show, and the network gets someone to help them finance on online promotion. The key here is to make sure that there’s some relevance between the brand, the show and the promotion

The final way to replace interruptive advertising, one that we think will become quite popular is with branded content. Branded content is different than native advertising in that does not rely on any overlap with the network. Rather, it should be a piece of quality entertainment that is sponsored by a brand and has an overlap with the brands values and tone of voice. Royal Caribbean, for instance, produced a web series starring several well-known YouTube stars that was a teenaged rom-com set on a Royal Caribbean ship. The characters did what characters do in teenage romcoms, they did not stop to point out any selling points of the ship.


While many in the ad industry will bemoan the end of interruptive advertising and the hard sell messaging that went with it, those moans will fall on deaf ears. When consumers actively go out of their way to install software to block advertising, no amount of  moaning is going to save it.
at 1:19 PM

Labels: Buzzword Of The Month Club, Convergence, The Business