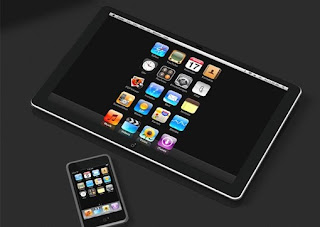 In a recent piece on the ephemeral iTablet, the New York Times’ David Carr seeks to revive the MultiMedia Myth. You know, the old canard that says that people want to jump back and forth between words and video while they’re reading.

That was the whole premise behind CD-ROMs and we know how that ended up.

Now of course there are situations where “multimedia” works well. Instructional material (e.g. How To Do A Sit-Up, How To Retile A Bathtub, How To Roast A Chicken) and breaking news stories come to mind.

But for most everything else, reading is a completely different activity than watching.

First off, we read in very different places and frames of mind than we watch. Take silence, for instance. There’s a reason “talking websites” are viewed with disdain. We often read in places where we can enjoy the silence (or the background music) or where we don’t want to cut ourselves off entirely from the world around us (via headphones) as we do with video and audio.

Carr cites being able to bring the iTablet to bed to read a magazine and then being able to click on a video of one of the photos. All well and good if you live alone, but if there’s someone else in the bed with you, a video blaring away on your iTablet is pretty annoying.

Our frame of mind is different when we read too. Even if it’s a magazine article, reading happens at one’s own pace. You can daydream, project, fantasize, question, imagine. And then pick up where you left off. That’s something you really can’t do with video since daydreaming isn’t the sort of planned activity that would let you hit the pause button at the exact right moment.

Reading lets us project ourselves onto a scene. Video lets us see how someone else imagined that scene. Both valid, but different enough that we rarely want them happening in the same place.

Finally, there’s the ability to skim. If I’m reading something, I can scan the page and make a pretty quick determination of whether it’s relevant or not. Something I can’t do with a video.

There are lots of reasons a tablet-like magazine reader with the ability to display incredible photos would be a good idea.

The ability to transform those photos into video isn’t one of them.
at 5:06 PM