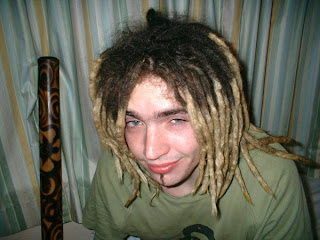 It’s hard to believe it was only around two years ago that Zappos CEO Tony Hsieh started following and (more importantly talking to) people who mentioned Zappos on Twitter. This was more or less around the same time that Frank Eliason started tweeting for Comcast, talking up-- and calming down-- people who were having trouble with their service installers.

What followed was a mad rush to social media, where the goal was to obtain the level of seemingly effortless one-on-one interaction, brand love (and glowing press) Hsieh and Eliason were able to create for their respective brands.

And despite the fact that most brands are still in the consideration stage when it comes to social media, the brands that have dipped their toes into the water are already driving us towards something I’ll call “interaction burnout.”

To put that in human terms, imagine needing to have a full on conversation with everyone you met over the course of your day. Not just a “nice morning” or “looks like rain” exchange, but a full-on conversation with the gas station attendant, the dry cleaner, the security guard, the guy in the next cube.

Now imagine that almost every one of these conversations feels forced and stilted.

Because that’s what it feels like with so many brands. They all want to talk to you. Show you some pictures. Get you to play a game with them. And you know, we’re all pretty busy and there are only so many unnatural conversations we can have during the day. And so suddenly we’re wishing they’d just run a banner ad or a TV commercial and be done with it. Anything that we could just read or look at without having to stop to talk to them.

Much of this unnecessary patter is due to the unrealistic expectations brands (and the agencies and consultants that enable them) have for social media. Where, in a misguided quest for easily understood metrics, success has come to mean x number of Twitter followers or y number of Facebook Fan Page updates each month

Which basically recreates the old push media model, only with different media vehicles and ignores the presence (or lack thereof) of any actual interactions.

But there’s another side to all this I keep thinking about too. Which is that the early social media success stories happened because they were both unexpected and real. I mean most people were pretty shocked that the person tweeting as “Zappos CEO Tony” really was the actual CEO of Zappos, Tony Hsieh and not some behind-the-scenes PR person. The fact that Hsieh was actually  funny and had real personality only added to the mystique.

And that’s the thing: most companies don’t have a cool, funny CEO. Or one who is as comfortable being out there as Hsieh is. Brands, especially bigger ones, don’t really know how to have actual conversations (or their legal departments won't let them) so they resort to the sort of fake party banter (“Great! See you there!”) or plastic sales pitches (“Check out our new spring line!”) that only serve to make interaction painful.

We also expect them now. We’re not all that shocked when a brand follows us and then tweets offers at us. Or has a fun-filled Facebook page waiting for us to fan it. It’s kind of old hat and much as we like wasting time on Facebook, we don’t have time to interact with every single brand we like, especially if we’re mainly there to interact with our friends.

And, as we all know, Your Brand Is Not My Friend™.

Well, social media, to repeat one of my favorite mantras, is not a series of websites with no discernable revenue streams. It’s a behavior: the ability to interact with a site or application and have that interaction recorded, publicly, online.

And that behavior is not going away.

But rather than force consumers into awkward conversations or pseudo conversations, thus guaranteeing that they’ll do their best to avoid you, maybe the thing to do is just listen. To respond when appropriate and not try and butt into the conversation every four hours because it’s an easy way to justify a community manager’s salary or because you're paying your agency based on the number of tweets they issue.

We also need to realize that the same way most people don’t become the life of the party, not every brand is going to be a wiz at charming customers. And the solution to that isn’t to try and force them to be, but rather to accept that either:

Why did we think social media was going to be any different?
at 10:21 PM