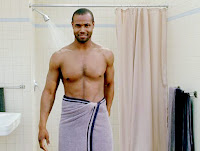 While like most readers of this blog, I am thrilled, delighted and more than a bit jealous of the brilliance behind the new Old Spice campaign (the social media portion in particular), a couple of business stories I’ve seen have raised the question of who the campaign is actually targeted to and whether, say, followers of Guy Kawasaki would actually ever buy something from a brand that seems mostly geared towards younger teenage boys and older men.

It’s a valid question: while the Old Spice campaign has been frequently compared to “Subservient Chicken” one could make the argument that just about everyone eats at Burger King (whether they admit to it or not.) Old Spice, however, is a fairly unique market.

The counter-argument to all that chatter though, is that Old Spice is not some hipster upstart, but rather an established P&G brand, and that P&G always does things for a reason, with numbers and research behind the reason, so clearly they have something in mind with the way they are running this campaign.  Overall awareness for a brand that’s mostly slipped off the radar is one possible theory. So is seeding the ground for line extensions that would be aimed at more upscale consumers or even women. And the final argument is that not everyone using social media is a Silicon Valley professional, and that social media's reach (YouTube in particular) is much broader than we realize. (Then there's the final, final reason: seeing this campaign actually boost sales would make my life much easier, especially in the “convincing clients this stuff actually works” department.)

So I’m curious what you all think: would you ever consider buying an Old Spice product? Does anyone you know currently use the brand? Would you be open to a more upscale line extension?

While I realize my readers do not a valid scientific sample make, I'm curious as to your thoughts and experiences. And if anyone has a link to sales stats, that would be awesome: are they up? down? Or is P&G not saying?
at 9:46 AM