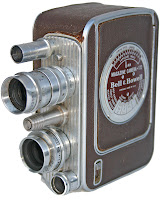 One of the more notable things about the Old Spice social media videos is the speed at which they were produced.

This is a credit to everyone involved: the actor, director, agency team, even the client, because pulling off something that good under such a tight deadline is no mean feat. That said, I'm sure there are dozens of things the agency creatives would have changed if they'd been given an extra 24 hours.

There are always are. It's in the nature of creativity to never be satisfied with the final product.

Which is why one of the more radical changes wrought by digital culture is the notion of the acceptability of the imperfect, the idea that being first is better than being flawless, because flawless is nothing but an unobtainable ideal. It's why the thirty-third iteration of a script or headline rarely looks any better than the sixth. Different, maybe, but rarely better.

It will be interesting to see if this is a trend or an anomaly: video is notoriously expensive to produce, so I wonder how many marketers will feel comfortable giving up their traditionally lengthy production cycles.
at 12:43 PM