Why Doesn't This TV Have A Pause Button? 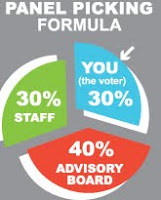 The NY Times Sunday Magazine is running yet another story about those Wacky Millennials and how darn ornery they are.

Though at least this time the author has the common sense to admit that (a) similar stories citing fairly identical attributes have been written about every single group of twentysomethings since World War II and (b) all these stories tend to focus on upper middle class kids, since they’re the ones with the financial resources to take their time settling down and starting their adult lives.

(Sidenote: given Google, you'd think the people who write the myriad "millennials are changing the workplace/world" articles would do their homework and reference the identical articles that were written about Xers and Boomers back in the 60s, 70s and 80s.)

From where I’m standing though, the biggest shift in the white collar workforce happened sometime in the mid-late 1980s or thereabouts, when PCs were introduced as standard equipment. Suddenly, no matter what industry you were in, you had people who could compose directly on the computer and print out their own documents. (Prior to this, you were either composing with a pad and pen or you were dictating. If you’ve ever tried to dictate a letter, it’s definitely a lost art and not an easy skill to learn.) This meant an end to mad typing skills, and, ultimately, the “typing pool” -- a room many larger organizations had where the fifth iteration of a document was retyped quickly and flawlessly.

But corporate structure aside, the ability to conceptualize on a computer screen, even a black one with amber or green type, was a huge shift in the way people worked with and thought about media in general - screens had previously been a place where we watched video as part of a shared experience, so reading and writing on them was a huge leap. Trite as it now sounds, word processing in many ways set the stage for our comfort with the internet, another place where we interacted with type on a screen.

The next paradigm shift in media is likely to come from the generation that’s currently in elementary and preschool, kids born after the year 2000. Many of whom (the upper middle class American ones, anyway) don’t remember a world without 3G internet connectivity from mom or dad’s smart phone, which means that for them, the internet truly is “like air” and they see it the way the rest of us see electricity or running water. That means everything lives in the cloud for them, nothing is locked into a time-based schedule and that’s got to signal a shift in how they experience the media they're consuming.

That shift, what it means and how we can start preparing for it, is the topic of my proposed SXSW panel this year, entitled “Why Doesn’t This TV Have A Pause Button?”  You can see all the details around it and vote for it here (voting counts for 30% of the decision.)