The Value of a Check-In 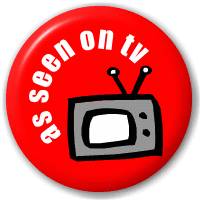 The other day I went into Modell's, a local sporting goods chain, and saved myself $10 because I'd checked-in on FourSquare.

It's a great deal (you save $10 on any purchase over $40) that I've already taken advantage of several times. And while I don't mind letting people know I'm at Modell's, I would never have bothered to check-in without the discount.

Because even if I was hyper-competitive about the gaming aspects of FourSquare, I'm never going to be mayor of a store I visit about four or five times a year.

So what's in it for me? Ten bucks.

I got to wondering at what price point I would have decided that checking-in wasn't worth the hassle. (And it's still a hassle: GPS isn't all that fine-tuned in places like New York, where any given block may have 30 different places to check-in, and it's a crap shoot whether the place you're at shows up at the top of the list.)

So what's my limit? One dollar - probably not worth it. Five? Maybe.

And that's a question every business and broadcaster needs to be asking themselves: what's your customer's breaking point?

I say broadcaster because checking-in to TV shows has become the meme-du-jour. And right now other than cute little badges, there's usually not a whole lot in it for the viewer. (This deal between a local Atlanta TV station and GetGlue, being a good example thereof.)

Broadcasters can't really issue their own coupons, but there's nothing to stop them from setting up a deal with a sponsor: check-in to The Office on NBC and unlock a $2 coupon from McDonald's. Details can even be appended to McDonald's on-air TV commercial, and the user's social network friends can see that they checked into The Office and got a $2 coupon courtesy of McDonald's.

Another option, something that can happen on the second screen, is to use the check-in to unlock exclusive content: outtakes, interviews, previews. That's a tougher sell than a two-dollar coupon, as it will only appeal to the show's most ardent fans. But there are times you want to reward your most ardent fans.

Contests and promotions are another option: check-in to our show and you're entered into a contest to win a Hawaiian vacation. The more you check-in, the more chances you have to win. Tried and true and not overly inspired, but it works. People like entering contests.

Those are a few ways broadcasters can help the audience make the leap from physical check-ins to media-based check-ins, especially once the novelty wear off.

Labels: Not Everyone Is An Upscale Urban 30something White Male Hipster, Social TV