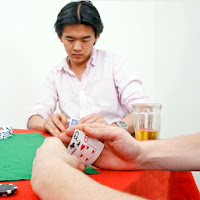 As a run-up to their IPO, Twitter has been making a lot of noise about how they are the new virtual water cooler for television shows. And to prove that point, they’ve engaged Nielsen to come up with ratings that show how much Twitter-powered “engagement” TV shows get.

Now measuring sentiment has always been a tricky business, but this set of ratings seems particularly specious. To begin with, Nielsen doesn’t track what’s being said, just that someone is saying it. Which on it’s own is enough to raise an eyebrow, but they then compound that by pretending that every tweet is read by everyone who is following the tweeter. Which we all know is patently false: most tweets go by unseen, especially if you’re following more than a handful of people. [UPDATE, OCTOBER 30, 2013:  Steve Hasker from Nielsen explained to me that Twitter has a way to tell if a user has looked at a tweet - that Twitter can tell if a user has the mobile or web app open and if they've scrolled down and seen the tweet. He also said that an independent auditor was going to test that to see if it was accurate. But that is how Twitter judges the reach of each tweet.)
Twitter is not Facebook - there are no algorithms to put your friends tweets up front and the speed at which tweets go by all but ensures that most will go unread. While claiming all those eyeballs may make networks, advertisers and potential investors feel better, the stats seem pretty far removed from reality.

There’s also the whole demographics thing: Twitter is not what you’d call an ideal focus group. It skews younger and hits a range of random demographics, but seems to miss the mainstream. Only around 25% of Americans have Twitter accounts. And if I’m being extremely generous, that means maybe 20% are regular users. So a full 80% of the audience never sees a single tweet. Twitter’s not adding a thousand new users a day, either. The numbers are pretty stable. Which means that 80% figure is pretty stable too.

As this article from The Wall Street Journal points out, that means that what’s popular on Twitter is pretty much only reflective of what’s popular with Twitter users: The Big Bang Theory, one of the top ten rated shows with the general populace, does not even crack the top 10 of Nielsen’s Twitter ratings.

Now what’s interesting is that Comcast just announced a plan to allow people to tune their TVs directly from Twitter. Which will do something Nielsen has not yet been able to do: provide an accurate read on the number of people who are actually tuning in to TV shows because of Twitter. No more guesswork: this is as close to click-through as you’re going to get with TV.

My assumption is that the results will be exactly what you’d expect them to be: live events and teen girl oriented shows like Pretty Little Liars will get decent sized boosts from Twitter. Well done History Channel documentaries on the life of Konrad Adenauer won’t. Shows like Psych (USA Network) and Game of Thrones (HBO) that engage in well-planned, well-funded “get out the tweet” campaigns will see some gains as well. But that’s about it.

As time shifting continues to grow as a consumer behavior (particularly, as our recent study indicated, around shows people really want to watch) the value of platforms like Twitter that rely on live tune-in will diminish. Which is not the disaster for advertisers and TV networks it sounds like: we’re in a holding period right now, waiting for things like contextual, dynamic ad insertion to stop being unicorns and start being real. We’re close and when that happens, when ads are inserted because the systems knows the viewer is watching on an iPad at 10PM the week before Halloween and inserts an ad for Reese’s Pieces, then the system becomes whole again and Twitter becomes just one more vehicle for driving certain audience segments to watch shows they might not otherwise been aware of.

Which is a lot different than a virtual water cooler.
at 7:26 AM