The Value Of Ownership 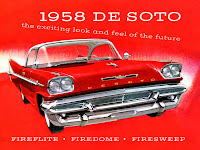 I find it incredibly useful (not to mention fascinating) to step back every so often and ask “how did we get here?” How did we wind up with the particular business model and set of beliefs that currently dominate the industry. And to fully understand the media industry in 2013, it’s necessary to look back to the year 2007.

In 2007, the music industry was still reeling. The conventional wisdom of the day said that two things killed the music business. The first was piracy, in the form of Napster, Limelight and other services that people used to download entire libraries of music that they could play on their computers and MP3 players. The second was the death of the album, which allegedly came at the hands of Apple. The belief was that because iTunes let listeners cherry pick the songs they wanted to buy, they stopped buying albums, and because iTunes had a virtual lock on online music, Apple ignored the music industry’s pleas to raise prices on downloads, which would have allowed them to recoup some portion of their shrinking profits.

Many people believed that it wasn’t a matter of if these twin viruses would infect other industries, but rather, when.

The conventional wisdom of the day also held that people wanted to own media. Owning movies was a habit the DVR helped start back in the 1970s and people had been buying music for even longer. There was no reason to think that they would not continue to do so. Rental options existed, but their business models were based on the notion of limited supply which served to encourage sales rather than cannibalize them.

It was precisely because of this belief that the notion of the digital locker took off. The idea was that the digital locker would prevent piracy, as people would not have physical access to all those digital files they owned, and that it would prevent any one company (i.e. Apple) from owning the digital marketplace and fixing prices. (It was widely held that consumers stuck with iPods because their considerable iTunes libraries did not work on other players. A digital locker with files that worked on any device, current or future, would ensure that did not happen again.)

It was a great idea in 2008, only then consumers did what they oft times do: they changed their behavior in a way that no one had predicted.

Sometime in the period between 2008 and 2012, consumers, or at least a significant number of them, decided that they didn't really need to own music or movies: they were happy to rent them in exchange for unlimited access to a close-to-unlimited library. Hence the success of Netflix and Spotify.

Part of that decision had to do with the superior user experience of the subscription services. Unencumbered by fears of piracy and the need to keep track of individual libraries, they could keep their interfaces free from multiple log-ins and other protect-the-content features that digital lockers and similar services, were forced to add.

But mostly it seemed to be a part of a gradual awakening by consumers to the fact that there was no longer a reason to own any sort of media. Storing everything in the cloud eliminated the notion of scarcity. It meant that everything would now be available to everyone. And you could watch or listen to it immediately for one low monthly fee.

We’d never had that before. Media was always scarce. Libraries only had so many copies of a given book. Owning media was the only way to ensure consistent access. But now there was a better way. One that gave you access to the entire spectrum.

The value of ownership is fading on a macro level, particularly among the younger generation. Which is perhaps not surprising when you look at our recent history. For years, people owned very few things. Even rich people: the gilded-age mansions of Newport are not known for their lavish walk-in closets. And then, very quickly, the postwar consumer revolution of cheaply made goods turned ownership from novel to commonplace and suddenly we owned more things than we could keep track of. At which point ownership began to lose its value.

We can see that same change in the automobile industry: young people, who grew up in an era where owning two cars was fairly common, are buying fewer cars. And even the ones who own cars report that it’s less of a big deal than it was a generation ago. Not all of them. Not most of them. But enough of them that automakers are noticing the shift.

That’s how we got here. To a world where consumers prefer the ease of use of an OTT (broadband-based) TV signal that sometimes buffers but is available whenever they want it. Where they’d rather pay Netflix $9/month to be able to watch any show they want rather than pay the studio $15 for the right to own a particular movie in perpetuity.

The future of media is in that change, in the triumph of convenience over quality, in the idea that there will always be a way to access any type of content at any time on any device. Those are the principles our future systems-- and future business models-- need to be based on. Consumers may not be aware that they’ve made this decision for us, but they have, and trying to buck that decision makes as much sense as trying to turn back time.
at 1:27 PM