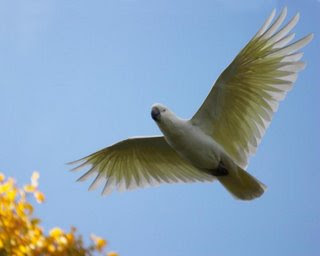 With all the coverage it got during the election (even MSNBC referred to it as one of the stars) it looks like Twitter is about to break.

Remember the Second Life Lemmings? Well this is part deux. Every agency knucklehead and marketing manager with an 8th grade reading level has figured out that Twitter is something they should know about. They don’t really get it, why it matters, why anyone would really want to use it. They just know that if they don’t pretend to understand it they’ll be marked as out-of-touch dinosaurs.

So watch over the next few months as they all trip over themselves to be the one to lead the new Twitter effort after having read an article and a couple of blog posts about it.

Now what this means for those of us who’ve been on Twitter for a while is a whole new wave of people are going to come washing up onto our shores, making all the typical newbie mistakes while pretending that they’re experts. (e.g. lots of people calling tweets "twitters" and using @ messages when they meant to use DMs.)

And what we have to do is let go.

We don’t own Twitter. The way we’ve come to use it is not the right way. It’s the way that feels best for the collective “us.” But it’s not the only way. Twitter will evolve, the way Facebook did when it went from being a college site to a place where 30 and 40somethings reconnect with work friends and high school buddies.

From a marketing POV, we can only do what we do best: observe, synthesize, and react. The “new” Twitter will not be the same Twitter we know and love. There will be many more people on it, people whose interests are less business-oriented, less self-promotional.

So it falls on us to be more like scientists: to take our knowledge of the past, watch how Twitter mutates and evolves and report back on the changes going on with predictions as to what this means for our clients and ourselves.