Your Obama Is Not My Friend 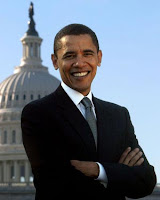 I’ve read a number of articles lately suggesting that President-elect Obama and/or the Democratic National Committee take advantage of the huge list of names he compiled during the election campaign and call upon those people to help his new administration get legislation passed.

And while none of those making these suggestions have been affiliated with the transition team, it’s scary (though hardly surprising) to think that a number of self-proclaimed internet or marketing gurus would recommend this path.

People signed up to support Obama during the election campaign because they wanted him to become president. They may have done so for any number of reasons, but it can not be assumed that their goal was to also help the Democratic Party win local elections or advance its partisan goals. So you run the risk of majorly pissing off millions of people who thought they were just signing up for an election campaign if you start sending them propaganda from the DNC.

Now Obama’s team has displayed a great deal of common sense and I’m feeling pretty confident that this won’t actually happen. But I bring it up because it’s a common mistake many marketers make in regards to names they’ve “captured.” They assume that because you’ve given them your email address in order to do one thing (play some game on their website) they’ve got carte blanche to bombard you with offers and emails and "news updates."

All of these pitches will be rationalized to the clients as “special offers” and you’ll have the opportunity to turn them down. But I’m not sure that marketers realize just how pissed off we are when they pull this. Especially once we’ve seen how good it feels when they don’t.

A few weeks ago I highlighted the Whole Foods Facebook page and how their coupons are just coupons: no signing up involved. That leaves me with a warm and fuzzy feeling about Whole Foods. And so I’ll go back to their Facebook page over and over and actually make contact with the brand. Which is something I won’t do with brands who demand my name and email address in order to get to the “good parts” of their website: the content I actually came there to see.

Giving something to consumers without demanding some sort of false “proof” that your plan worked (e.g. 10K email addresses) because you realize that doing so only diminishes their feelings towards your brand is the future of what was once called “brand advertising.” It’s the simple realization that long-term gain always trumps short-term profit, yet it’s a concept the vast majority of marketing and advertising types have trouble wrapping their heads around.

That’s why they’re busy writing articles urging Obama to squander the good will he’s built up by misusing his election database. And why they’ll be scratching their heads in surprise when he doesn’t.
at 12:23 AM