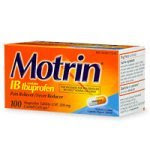 I originally left this as a comment over on Amber Naslund's most excellent blog, Altitude Branding, but since I'm always nattering on to clients about how "repetition is not a bad thing in social media" I decided I may as well practice what I preach and repost it here.

Now that a little time has passed, I see a few things happening with regards to the Great Motrin Twitter Controversy, none of them particularly positive:

1. BACKLASH: As more and more moms (like Amber herself, for that matter) are speaking up and saying “Motrin might have worded the spot a little differently, but you know, it wasn’t all that big a deal” the buzz is growing that a mountain was made out of a mole hill and that many of the mountaineers had no small degree of self-interest (and self-promotion) in mind.

2. OVERREACTION: This was not the release of a multi-million dollar national campaign. It was an ad that Motrin and their agency assumed would induce a small chuckle and I'm sure they were expecting nothing more than a few positive comments come Monday. Yet to hear the Social Media Gurus crow on about it, they should have had a dozen people set up in a secret underground social media control room, monitoring everything from Twitter to Orkut as if this was a space launch or something. What’s forgotten is that people cost money. As in salaries paid. And that unless Motrin (and their agency Taxi) had a very good reason to believe the spots would be controversial, there was no need to spend “all weekend monitoring it.” They responded in 24 hours as it was. But to hear certain of our peers yammer on, they should have been sending Harry & David gift baskets to everyone who so much as issued a negative tweet about the ad.

3. POOR RESEARCH: A little digging and I figured out why this was such a hot button issue. And I’m not that smart. It seems that the idea of babywearing is a major tenet of a parenting philosophy called Attachment Parenting. Many people regard this philosophy as fringe, at best (you can Google it to learn more). But babywearing has recently become trendy with families who have likely never even heard of attachment parenting. For those who believe in the value of attachment parenting, babywearing is not a silly fashion trend- it’s a core belief, and so they are understandably upset when people (and advertisers) refer to it as a fashion trend and not a key tenet of an entire child rearing philosophy. Someone should have known this. (And this goes for the aforementioned Social Media Gurus, few of whom seemed to grasp that this was precisely the issue.)

BOTTOM LINE: We’re all still learning how to do this– clients and their advisors. The takeaway from this is that social media makes it much easier for protesters to come together quickly and make their voices heard. And that social media happens whether you want it to or not.
at 2:14 PM