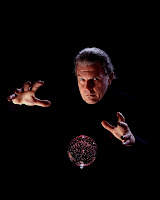 VW’s claim that they are firing Crispin Porter Bogusky to search for an agency that can help them “dominate” the US market and triple sales this year is emblematic of just how removed so many companies are from the changes brought on by the Real Digital Revolution.

You see the problem with VW isn’t the advertising, it’s the cars themselves. At a time when most people’s first stop in the car buying process is Google (or Bing) it’s clear that what VW needs is not better advertising, but better cars.

Regardless of your opinion of the recent CPB ad campaigns, the buck stops when the consumer goes online and finds out that no one really thinks all that much of Volkswagen’s cars.


“(T)his would be forgivable, if Honda, VW's Japanese nemesis, didn't already make a significantly better minivan.” (Jalopnik on the Routan)

“The name SportWagen is a little misleading, as the car doesn't offer what we would consider an exciting driving experience. (CNET on the Jetta SportWagen)

Yet Volkswagen remains convinced that a new agency will come up with some “magic advertising words” powerful enough to make consumers overlook the cars shortcomings. That just like in some mythical version of Mad Men days, they’ll see the clever commercials and then blindly flock to the showrooms, oblivious to the fact that other cars get significantly better reviews, word of mouth and digital word of mouth than Volkswagen.

For those of us in the trenches of the social web, it may seem like borderline insanity to think that an ad campaign can actually change perception of a product that doesn’t live up to the hype. But this belief in the power of magic advertising words lives on in the minds of many marketing managers who truly believe that just one big idea will prove so charming and alluring and all-powerful that we’ll throw reason to the wind and rush out to buy their product.

Ads, and the image they create, can certainly get people to consider your product, even desire it.

Because once they get to Google, you’d better have the goods. If you don’t, not only will they go to your better-reviewed competitor, but they’ll be pissed at you for lying to them. Really pissed.

Not exactly the path to total world domination.
at 10:06 PM