Dotting the I's and Crossing the T's 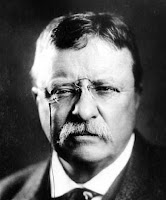 So last week I took the kids to the American Museum of Natural History and was happy to find a link on their website to their new iPhone app.

I downloaded it and was impressed by how well-designed it was and the functionality it offered: it would locate exactly where you were in the museum and take you on a guided tour or give you step-by-step instructions on how to get to a particular exhibit. (For those who haven't been, the Museum of Natural History is extremely labyrinthine.)

One problem though: While we were at the museum, I opened the app about 8 different times from 8 different locations within the museum. It did not once register where we were or even attempt a guess - it just told me it could not locate me.

As frequent readers know, apps that count on the fairly unreliable GPS systems of American smartphones are one of my shibboleths.

So why didn't the Museum of Natural History think to test this out?

Did they consider installing WiFi of some sort in the museum so people could actually use the app? If it had worked once, I'd have given them a pass and figured there was just a lot of traffic in the museum that day. And it did prove very useful when I asked for directions from the main entrance to the Easter Island statue-- I've been to the museum enough times that I had a good idea of where I was in relation to the main entrance-- and it provided excellent step-by-step directions. So I couldn't help but think how great the app would be once the GPS tracking actually worked.

Everything is great until it isn't. Products need to work in reality, not just in theory. And OPT (other people's technology) is one of the things you always need to factor in the equation.

(NB: FWIW, I have a Verizon iPhone 4 - in the inner depths of the thick-walled museum, I was getting one or two bars at most.)

UPDATE: One of my co-workers told me that he had a similar experience with the app, only to discover the museum's free WiFi network by happenstance and that the app worked perfectly once he'd logged in. BUT: There are no signs at the museum informing you that there is a free WiFi network and the app, the most logical place to let users know about it, is similarly mum.
at 10:36 AM