Paying For The Internet 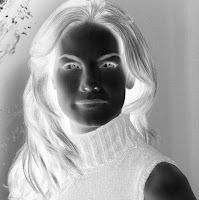 This started out as a comment on the newly revitalized DigidayDaily, but evolved into its own blog post.

I'm not sure what I'm about to propose is technologically possible, if it's been thought up before and dismissed, but it seems to make a lot of sense, so here goes:

Right now publishers can't find anyone who is willing to pay for their content. When they try and put up a paywall (e.g. The New York Times) they create a whole lot of ill will. What's more, there are still plenty of people happily giving it away for free (Huffington Post.)

At the same time, many of us are paying somewhere in the range of $100/month for cable television service. We're even happily shelling out an extra $15-25 a month for "premium" channels, be they HBO, NFL Red Zone or Showtime. And I'm thinking that we don't seem to mind it because (a) since we're not paying directly for the shows, but rather for some level of cable service, it somehow seems like a utility, in the same class as our water and electric bills, and (b) because FIOS or Comcast has bundled up everything into nicely productized packages, we feel comfortable knowing that we're getting the Basic model or the Deluxe or the SuperPremium: these are terms we know from countless other industries and they carry a meaning and cachet that goes beyond the actual product.

So what if the internet was packaged up the same way?

We're already heading down the path towards convergence, when all our TV channels will be available over the internet, on demand, whenever we want. So what if our Deluxe package also gave us access to "premium" websites, like the New York Times and Wall Street Journal?

We could choose the "Celebrity Package" and get access to Us, People, TMZ, PerezHilton and the like, bundled together with HBO and Showtime. An ESPN package would give access to the network's video content, including live broadcasts, along with everything currently on the website.

You get the picture.

What I'm proposing is basically a reverse image of today's internet where everything is free until someone makes you pay extra for it. In this new world, sites would be closed unless you paid to have them open to you. Most sites would fall under a "basic cable" type umbrella and be included for free in whatever package you bought. It's the premium content sites that would charge extra, and the cable providers would split the revenue with them, much as they currently do with the premium cable networks. Sites like the New York Times would advertise to get people to subscribe via their cable provider, much like HBO does now. Because I'm thinking we'd have a lot easier time psychologically paying an extra $10/month to TimeWarner than we would paying it directly to nytimes.com

PS: Of course there'd be a whole lot of pirating, but we have that now with TV shows and live sporting events and the number of people getting their content the Bit Torrent way seems to be holding steady. Just another number to factor in when setting the price.
at 12:06 AM