Ending the Ghettoization of Community Sites 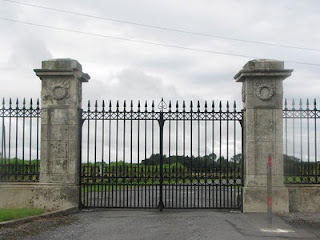 The other day I was on a panel when one of my fellow panelists opined that “Google is the homepage for a brand's community site.”  And while he was pretty much on target, it irked me that few people seemed to get why that was a really bad thing.
Community sites were traditionally built as bolt-ons to existing sites back in the very early 2.0 days. No one was sure what people were going to do or say on these forums (and they were always message board style forums) so the fact that they were hard to find and hidden in the navigation was actually quite reassuring.
And so, hidden from view, many of these community sites blossomed and grew. People who really cared about the brand (e.g. the evangelists) flocked to the forums, forming friendships and helping out the occasional newbie or “how do I do X?” poster that stumbled onto the boards.
As the social web grew, many brands added blogs to the mix. The quality of the blogs varied wildly, from well-thought out magazine style sites that were featured on the homepage to “the marketing department made us do this” sites that were updated once every few months with some orphaned press release. After an initial burst of “visit our blog” messaging, those blog sites were also shunted off to the “community” section and/or abandoned.
The last year or so has witnessed the flowering of brand Twitter and Facebook sites. Here again, quality (or more accurately, commitment) varies wildly, but the Facebook and Twitter feeds are usually featured on the homepage as a sort of “we get it kids, see, we get it” type attempt at establishing the brand’s “currency.” (“Currency” being the term-du-jour for “hipness” or “coolness.")
So that’s your typical brand website, circa April 2011: a homepage featuring some sort of e-commerce function or current promotion along with prominently displayed links to the brand’s Twitter and Facebook pages. The community boards, dismissed as hopelessly 1998, are buried somewhere in one of the sub-nav bars.
That’s just plain wrong.
The external social web, the Facebooks, Twitters, FourSquares and the like are great ways to establish a low-barrier exchange with the brand. They’re the equivalent of a window display that gets customers to stop and take note of the store and what it’s selling. The most interested users, those closest to conversion and/or evangelism, need to be funneled over to the brand’s own website where they can bond with like-minded souls.
Unfortunately, today’s average website doesn’t allow them to do so.
Consider instead, a site that bubbles up user content – comments, photos, videos, blog posts—to the home page where it sits alongside similar editorial content. We currently have the technology to do that: to take a piece from the brand about how green the new Kitchen Sponge line is and combine that with user input around environmental issues in housecleaning, going “green” and kitchen sponges.
Basically you are turning the entire domain site into a community site, giving easy access to everything from message boards to product ratings to Twitter comments and giving users a prominent voice on the site. (A prominent voice, not the main one: user content should be visible but should not overwhelm the site nor should it interfere with the site's user exprience by making it more difficult for users to accomplish the things they've come to the site to do.)
The benefits are pretty wide-ranging: for interested users, your future brand evangelists, it allows them to easily connect with both the brand and with other people who feel the same love for it as they do. It lets them know they are welcome and that their input is valued. It encourages them to set up their own profile and become active users of the site, the message boards in particular.
For casual users, an integrated site tells them that the brand actually does care about its customers and values what they have to say. (And if there’s anything consumers want, it’s for brands to listen to them.) So even if I have no interest in joining the brand community because it’s a low interest category for me, I’m bound to be impressed by the enthusiasm of the people who do care about the brand. In most cases, I’m going to be impressed by the fact that they even exist.
That's a great strategy for creating a useful and appealing domain site in today's social-heavy landscape. It’s also a lot more effective than crossing your fingers and counting on Google.
at 5:28 PM