I Have Seen The Future And It Is Called BetterFacebook 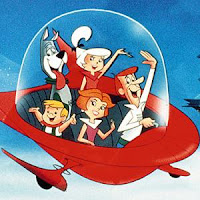 BetterFacebook is an extension for Chrome and Safari that does a number of things, most notably add the Circle functionality of GooglePlus to Facebook.

So every post, photo, link, etc., comes with the easily accessible choice of which Friend Lists to publish it to.

Now granted it is a bit of a hassle to go back through your contacts and assign them all to different lists, but my immediate impression was surprise at how many more circles I had on Facebook. Which isn't all that surprising: the only people on G+ now are people I know through work, so the circles I've created basically rely on how well I know them.

With Facebook, I've got a much broader range of circles since my "friend" list on there includes family members, childhood, college and neighborhood friends, etc.

Having set this up, it's easy to see the huge functionality gains inherent in being able to address distinct groups. For instance, this morning New Jersey Transit was having another of its frequent delays. I could have sent out a check-in from the station to my "local friends" circle - people who would actually be interested in knowing the trains were running behind schedule.

It's easy to see two things happening as a result:

1. I rely less on specialized platforms - if I can target all my activity to the people who might care about that information, I have less need for specialized check in services around things like food, television, etc.  I also wind up posting more, since I don't have to wrestle with those "does everyone on Facebook really need to know this?" thoughts. (Clearly there are many people who don't wrestle with these thoughts, but I suspect they are often victims of the "Hide" button.)

2. Brands gain the ability to really "slice and dice" their messaging by putting their fans into groups based on previous behavior, location and/or opt-in preferences. This makes their messaging feel a lot less generic and a lot less like spam. (For the most part... let's be real: lots of lazy brands will still spam their fans)

These behaviors may happen on Google Plus or on Facebook or both. But check out BetterFacebook if you want to see what the future could look like.

Labels: Not Everyone Is An Upscale Urban 30something White Male Hipster, The Real Digital Revolution