Simplicity Is A Blessing 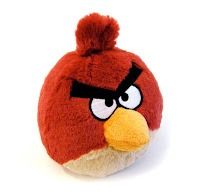 The other day, I was talking with some friends who also work in digital media. We were all admitting, sheepishly at first, they we had absolutely no idea what the point of Gowalla was, why we had spent a few months last year collecting Chinese lanterns and boots and whatnot, but we'd all figured that everyone else knew and so we didn't want to say anything, lest we sound like even bigger fools.

The conversation was in the context of Empire Avenue, another hot web-based game that no one really seems quite sure how it works. I mean I know your "stock" rises the more tweeting and Facebooking you do, and that there's something called "eaves" that sounds a lot like "linden dollars" and you know, I'm too busy to actually figure it all out.

Quora too. I was down with the idea, but every time I asked what I thought was a simple question, it got all mad at me and started telling me I needed to ask the question in a better way, to be more concise or more specific and then it would never really let me search for things (it was easier to go out to Google and search Quora there) and since most questions are answered somewhere on the internet already, I didn't really get what I was doing there if all they were doing was saying "No!" to me.

Ommwriter was another one: it had all sorts of beautifully designed icons in the set-up, but when I asked if there was a guide somewhere to figure out what they all meant (because, Dude! Words would have like, ruined the whole Zen-ness of the design!) they said, no, we're too cool for that and I figured the hell with that, I'm even cooler, because if I want to listen to massage room music while I write, I've got Spotify and if I want to block the rest of the computer screen, I've got Lion and Pages and the black background is a lot more focusing than that faux Ansel Adams photo with the two little trees in the snow.

FourSquare, on the other hand, has always been pretty intuitive. I checked in. If I checked in more than twice and no one else had, I got to be be Mayor. Sometimes that got me a discount. Most of the time it got me a post on Facebook with a cool little crown icon on it. There was no Governor or County Commissioner or Baron level. Just Mayor and Not-Mayor.  I could cheat if I wanted to and check into places on my way home or if I'd forgotten about it and wanted to say something nice about them.

And that, my friends, is a really long way to get to the point: I was very impressed today when LinkedIn launched a brand new mobile app that simplified the experience down to four basic steps, four simple things that I am actually likely to do on a tiny iPhone screen because it's easier, as opposed to my previous reason for using LinedIn on the iPhone which was that my computer was out of battery power.

I wanted to put this out there because "gamification" has become such an easy buzzword these days, one of those words like "storytelling" and "authenticity" that everyone has their own personal definition of and so no one disagrees with it, even if they're actually thinking of two radically different things.

So keep it simple. You can always make it more complicated and add rules and variations as the game goes on. But we're all pretty busy and we don't have time to figure out all the precious little quirks you want us to.

Angry Birds: 5 different birds, each moves a certain way, pull the rubber band and use them to try and kill the pigs. Boom. Done.

Think about how rich those guys are now and then go design your "gamification" play
at 11:23 PM

Labels: Buzzword Of The Month Club, The Business