What Are Intel and Google Thinking? (Possibly The Same Thing.) 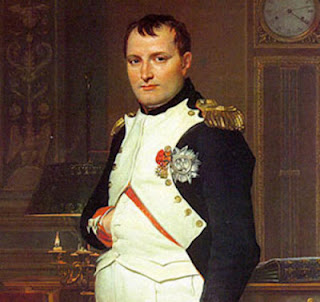 If they get someone to sell them content rights, that is.

But obvious problems aside, should the big pay-TV providers be worried about the new competition?

I’m thinking probably not. But you know who should be worried?

Let me explain: as I have harped on about for a while, the very first thing the user of a virtual MSO will need is an internet connection. And where is our user getting his or her internet connection? From the pay-TV provider, of course! A vast majority (90%+ if you’re a FIOS customer) get their internet from the same company that sells them TV. And that bundle comes with a considerable savings. And no bandwidth caps.

Intel, on the other hand, doesn’t even have that. All they have is a box and a dream. Oh, and a spinoff called Intel Media “a business group with a mandate to get content for Intel-based platforms”

Content they will likely run on... what? Their own network that Comcast magically gives them the bandwidth for? Doubtful.

I can see Intel making a set top box they sell to Comcast, since their box allegedly will have the ability to tell who is watching, sorted by age and gender. And consumers might be intrigued by a box that has “Intel Inside.” But content? What credibility does Intel have as a content distributor? Selling or licensing their data collection functionality seems to make much more sense than trying to become the new Cablevision.

But what do I know.

Google on the other hand, has tried its hand with content: YouTube. (Okay, they bought YouTube, but still.) But that’s about it. They’ve got an ad network that may be of interest to networks. (Or not: they may decide Google’s algorithms are great for search terms but not for channel search.) They’ve also got billions of dollars to buy up content. But beyond Kansas City, where they can offer ultra mega internet, what’s the hook? Will the content work across all Android enabled tablets and phones? Which, to be real, inevitably means only the newest phones can get it and that service will vary wildly by provider. It also means the project would DOA.

Here again, I think Google may just want to make a set-top box. One that takes all their data collecting expertise and puts it to use for advertisers and content producers. They can even integrate G+ and Gmail if they want. Just don’t try and become Verizon. (And why did they spend so much money on the Morotola purchase if that wasn’t where they are headed.)

TiVo needs to worry (a little) because even though they make a DVR rather than a set top box, they have long been the only game in town. Plenty of other people made DVRs, but none innovated the way TiVo did.

Given consumer’s tendency to lump STBs and DVRs together, a Google or Intel box would be seen by both consumers and providers as a replacement for TiVo, with stronger data integration capabilities and a rosier financial outlook.

And if you're TiVo, that could be a problem.

UPDATE - 6.12.12: The Wall Street Journal is reporting that the U.S. Justice Department has taken note of the stranglehold cable companies have on the internet and is looking at whether bandwidth caps and other measures are meant to "quash nascent competition from online video"
at 4:46 PM

Labels: Buzzword Of The Month Club, The Business