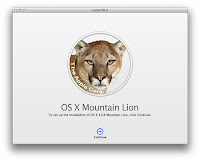 Apple made a number of noteworthy announcements at today’s WWDC, but the one that’s of most interest to the TV industry is the fact that the newest OS, dubbed Mountain Lion, will have AirPlay enabled for laptops and desktops, not just iPhones and iPads.

AirPlay is Apple’s software solution for streaming video from your device to your TV set using the $99 Apple TV box. Enabling it on all devices, while not unexpected, is still a huge breakthrough.

That’s because most people don’t have iPads. A fact that’s easy to forget if you are in the industry and surrounded by people who do. (We call that “NASCAR Blindness” after the ad industry’s inability to recognize the huge fan base NASCAR had accrued because no one on Madison Avenue actually knew someone who admitted to liking NASCAR.)

Most people don’t have iPhones either, and neither iOS device has a whole lot of storage. But laptops and desktops? They are plentiful. And their storage capacity is bountiful. So suddenly there’s a place to manage all that content you could technically download and watch. And while it’s not broadcast TV, it’s pretty darn close to TV Everywhere: if the file for the movie lives on your laptop and you can use AirPlay to push it to a TV or another device, you really can start watching in the living room and then finish it up on the train.

That, my friends, is pretty, pretty awesome.

One Other Thing To Watch: Siri’s movie listings will apparently come with Rotten Tomatoes ratings. So it would not be surprising to see them integrated into the iTunes store as well.
at 10:29 PM