E-TV in the Age of Personalization 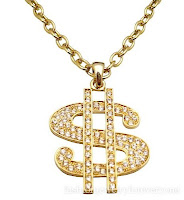 Adland has long dreamed of a world where viewers sat in front of their television sets, buying everything from Anacin to Zest with a single click of the remote. They’ve even named it “Jennifer Aniston’s Sweater” after a hypothetical situation where viewers would be able to click to buy the garment the moment they saw it on the Friends star.


Only that’s never going to happen.


For the Jennifer Aniston’s Sweater experience to be viable, it needs to truly be one-click, or it becomes too distracting and takes the viewer away from the show, something the actual viewer regards as a negative outcome. And the fact of the matter is that very few products-- impulse purchases or otherwise-- fall into that category. There are always decisions to be made: what color? what size? where do you want it shipped? do you want it sent overnight? And by the time you’ve made those decisions, Chandler’s already asked Monica to marry him, and you’ve missed out on why.


What’s far more likely is a second screen experience that allows viewers to go back after the show is over and shop the product placement goods along with the advertised ones.  This is a much more natural experience. (Well, natural for 2012, anyway.) It allows for behavior like comparison shopping, reading reviews, saving to Pinterest and adding to a Wish List, all of which have become essential parts of the online shopping experience.


The MVPDs who owned the apps would be able to charge premiums for placement and even sell ads that linked to the show site. There would be opportunites for brands to take over a show (e.g. all the women on Friends would be wearing Banana Republic clothes and BR would buy a dedicated page on the second screen app to showcase it.) They could advertise that page during the show or even dress the women on several other shows and combine all the various outfits on a single page.


This would be a great option for car manufacturers who could showcase each of their models on a different program and then send viewers to a single site to see them all. This activity would also help networks sell their series, as viewers may discover a new show as they are shopping.


And that’s just placement. Add in measurement, and you’ve got an even more revolutionary change.


As Alex Blum and I noted in our article The Nielsen Myth, the most exciting development of the convergence of television and the internet is the ability to finally measure exactly who is watching. Not just which household, but who in the household, when, where and on what device. (Second screen apps will be individualized, so that everyone in the house has their own account.) That means better targeting, better tracking and more timely messaging (no ads for events or sales that ended between the time the show was recorded and the time it was viewed.) It also creates the opportunity to have “paired advertising” -- :30 or :60 second brand ads on the big screen that link with deeper dive, more actionable, “get me more information” second screen spots.


But it’s the potential of personalization, which is the real game-changer here.


In addition to not serving up tampon ads to 16 year old boys, personalization will allow your TV (or, more accurately, your social program guide app) to start recommending products and services based on your history. The algorithms will take into account what you’ve bought, what you’ve bookmarked, what you’ve looked into more closely as well as what shows you like, what your friends watch and how much disposable income you would seem to have.


You’d have the option to share information from the credit card that’s linked to your account, so that recommendations would reflect the totality of your purchases. (Yes, there will be some concerns about privacy, but most people won’t be too put out by the fact that their MVPD knows they ate lunch at Gino’s Pizzeria and bought a pair of Nike running shoes at the Springfield Sports Shop. Particularly since they’ll be a number, not a name.)


It’s a win-win situation: Banana Republic likely makes up in volume what they lose in margin and U-verse gains the loyalty of their customers who see added value in being a U-verse subscriber.


As partnership deals and second screen advertising gain bigger shares of marketer’s advertising budgets, the big question becomes who will eventually control the ad buying process: the traditional TV buying services or the upstart internet ones? There are arguments to be made each way and the TV buying firms, in particular, have invested in digital divisions. But the new landscape is far too different to lay odds on either camp right now and it’s entirely possible a brand new service will emerge. It’s really “blue ocean” right now, since few major advertisers actually buy their own media and so they are going to be looking for someone who can guide them through all the changes that the rise of the second screen will bring about.


The biggest benefactors will be us, the consumers. With personalization, we may actually start to find advertising useful, as opposed to intrusive. (Think of your reaction to catalogs: you might not want to buy something then and there, but they’re kind of fun to look at. That’s the emotional response the new advertising should strive to engender.) And we won’t be forced to sit through sixty seconds of seniors doing tai chi as an announcer warns that Ubiquitix may cause diarrhea, dampness or premature death.