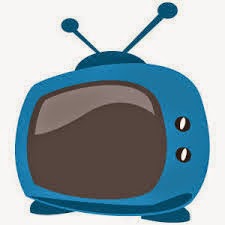 A number of articles this week trumpeted that fact that US cable companies now make more money off broadband subscriptions than they do off pay-TV subscriptions. “The Internet Is Officially More Popular Than Cable In The US” crowed Wired.

Not so fast cowboy.

The internet is very quickly becoming television and vice versa. IPTV, which is delivered via digital signals is on its way to becoming the default. And as we discussed last week, what is the real difference between a linear broadcast watched on an iPad in the bedroom and that same broadcast watched via a set top box in the den? (A lot, if you’re the people keeping track of digital rights issues, but the bigger question is why should it be?)

Then there’s Netflix, Hulu, Amazon, Yahoo, AOL and everyone else creating high production quality long-form programming that’s only available via a streaming service. Does that count as the internet, television or something in between?

Video On Demand (VOD) is going to be delivered on a variety of devices, some tethered to a set top box, others available via wifi. Which brings up the question of whether HBO Go is the internet or if it’s television.

The TV Industrial Complex isn’t going anywhere. If anything, it’s expanding into more places than ever. Including the internet.