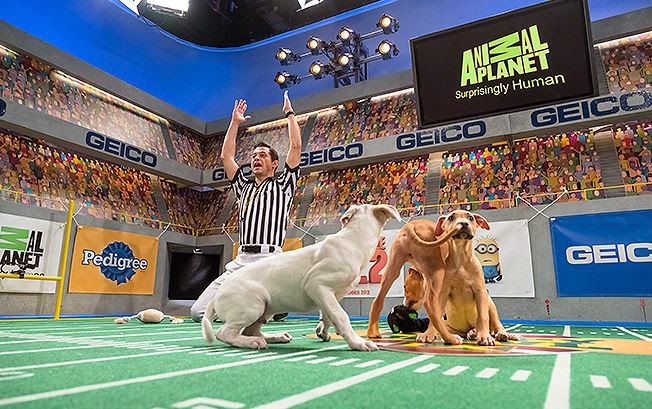 We hear a lot about the “on-demand economy,” “sharing economy” and the “collaborative economy” how companies like Uber and AirBnB are disrupting their industries by eliminating the middleman and matching up buyers and sellers. The result is an empowered consumer, one who feels far more a part of the transaction than they did when they were dealing with a faceless corporation.


And guess what? Something remarkably similar has been happening in the world of television: we call it the #CreatedWith Economy. There will be numerous examples of it on display during the Super Bowl this weekend and we’ll be hearing more and more about this as we creep further into 2015.

A prime example is the recently announced “SnapperHero” “SnapperHero” will star a handful of top online video celebrities from YouTube, Vine, Instagram and Snapchat, such as Freddie Wong, Harley Morenstein and Anna Akana. These stars will play superheroes acting out plotlines that their fans will help write.
This is authentic, collaborative and above all, personal storytelling that provides access and outcome. Audience is part of the experience rather than just a passive observer. It is that sense of involvement and ownership of the programming that allows for the growth of more invested fans, fans who can be relied on to be both a loyal audience and evangelists for a show. The audience can now share their experience and claim that they were a part of creating this story world WITH these Stars…. #CreatedWith
The advertising and branded content portions of this project are critical too. At a time when the $160 billion spend on live TV advertising is under attack, the industry is desperately looking for an alternative. #CreatedWith content may well be that alternative. (Or at least a significant part of it.) It’s clear to see how AT&T finds value in the power of this new generation of “celebrity,” the immediate impact and brand association.

And with that, how the traditional definition of “celebrity” has morphed into the users that are generating the content; these are our modern-day celebrities, they’re not just YouTube Stars or Vine Stars… these are the next generation of Celebrity!
Last year, Bryan Kramer coined an extremely powerful term, “Human to Human” or #H2H.

In essence, thinking beyond the B-to-C or B-to-B paradigm and breaking down the fundamental aspects of communicating and appealing to somebody on the “ human-to-human” level. #CreatedWith content works the same way. Social media has given fans the platform and ability to reach out to the people writing and creating programming, and vice versa.
By reaching out to that engaged audience and working together, TV shows now have the ability to extend their storylines, create promotions and dream up new experiences that harness the immediate feedback loop that a human to human infrastructure affords. It doesn’t mean that the show’s creators give up control over the narrative, just that they bring in fans as collaborators, giving them a voice and possibly a role to play as well.

Another example, Tumblr recently announced the creation of a program that would work almost like a talent agency, pairing popular Tumblr blog creators with brands. The program, named The Creatrs Network, would lend an authentic voice to the brands’ own Tumblr presence and allow fans of the creator to feel like they have some sense of partnership with the brand as well. It’s a clever way to take advantage of all of the “stars” who have arisen on new platforms like Tumblr, Instagram, Snapchat and Vine, amateur creators who have garnered a sizable audience the same way their predecessors on YouTube and Twitter did.
#CreatedWith is going MAINSTREAM
In addition to the more modern born companies like Tumblr, now the older media companies are jumping further into this phenomenon of “branded content.” Take Conde Nast’s announcement this week that they will launch a studio “23 Stories” that will work to create “branded content” pieces through an in house editorial and design team to better organically blend in with the editorial.

So, let’s breakdown a few of the elements of why #CreatedWith is s powerful:
What’s In It For Brands?
Brands who use the #CreatedWith philosophy to work collaboratively with the people creating their content gain a myriad of benefits. To being with, they are able to speak directly with the creator’s audience in a voice that feels real and authentic. That’s true whether the creator is a Conde Nast reporter crafting a piece of branded content, a showrunner and her writing staff​ creating a branded promotion around a show or a fan who is participating in said promotion. In all of these instances, the brand gains authenticity and a sense of intimacy: they are no longer a faceless behemoth. This is an excellent tactic for getting through to the normally hard to reach Millennial demographic and for empowering your staunchest fans in a way that avoids the pitfalls of interruptive advertising.

What’s In It For Social Platforms?
Do you think it was a given from the start that Snapchat was a legitimate storytelling platform? It wasn’t until gifted creators figured out how to use it that it really gained traction and thus the attention of advertisers.

Shifting from a selfie platform to Storyworld platform. Social platforms gain a further level of professionalism when they allow their stars to become paid content creators. It gives the platform credibility too when big brands and/or TV shows come calling for their users. #CreatedWith content also gives platforms more and varied revenue creating opportunities while at the same time encouraging users to spend more time with the platform and increasing their level of loyalty. The final benefit is that it establishes them as a viable advertising platform — not for interruptive advertising but for native advertising that feels authentic and allows users to engage with it on their own terms.
What’s In It For Creators?

Stars who create content for brands get to establish their credibility as artists who are fluent in a particular medium: someone is willing to pay money for their unique style and voice. They also get to work with bigger budgets as production costs are no longer self-funded. Working with co-creators on their projects provides them with a chance to spread their creative wings and experiment with ideas they may not have thought of on their own. The final and most obvious benefit is that it allows them to make money doing the thing they love, which is something many of them had never really thought possible.
Changing The Way We Look At “Creation”.

#CreatedWith philosophy is going to change the face of the entire media industry, the television and advertising industries in particular. It has already allowed people creating traditional television content to reach out to their fan bases and engage them in ways that were never before possible, giving them some decision making power and the ability to influence outcomes. More than that, it established a one-on-one dialog between a show and its fans. #CreatedWith allows the show’s creators to harness the power of the various social media platforms to increase audience engagement and acquisition by empowering fans to be evangelists, embracing that #H2H concept and creating Story!

On the advertising side, #CreatedWith content provides an antidote to interruptive advertising that shows up without warning and demands your immediate attention. #CreatedWith content is infused into an experience and invited in at a time when the viewer is ready to pay attention to it. #CreatedWith provides new opportunities for the stars of social media, giving them a heretofore unexplored revenue stream that they can use to up the production value or volume of their output.
What’s in it for the Audience?
Audience will be the real beneficiaries of the #CreatedWith system as they will have access to experiences that feel authentic, fresh and inclusive, three words rarely associated with the old regime, but three words that are often positive character traits of Humans. Do we expect everyone in the audience to become active participants in shaping these #CreatedWith story worlds? Definitely not, but they will be the catalysts to help this content appeal even more to the massive passives that choose to remain happy recipients of great story. In a world where we are bombarded with advertising absolutely everywhere, all the time (more than ever before), #CreatedWith enables the audience to feel like they are part of the story-telling, a part of what gets thrown at us on all of these screens all the time. It elevates that type of branded content /advertising above all of the other noise.

BRaVe was built from the ground up with a #CreatedWith philosophy and we welcome audience participation in how we approach and think about this shifting landscape. We’ll be scouring the Super Bowl for signs of emerging #CreatedWith content and report back to you next week on what did/didn’t work and why, but please feel free to send us back your thoughts..After all, WE need YOU to create with us.
I cowrote this piece with Jesse Redniss. It originally appeared on the BRaVe Ventures Medium blog
at 1:26 PM