Is HBO Now The Canary In The Coal Mine? 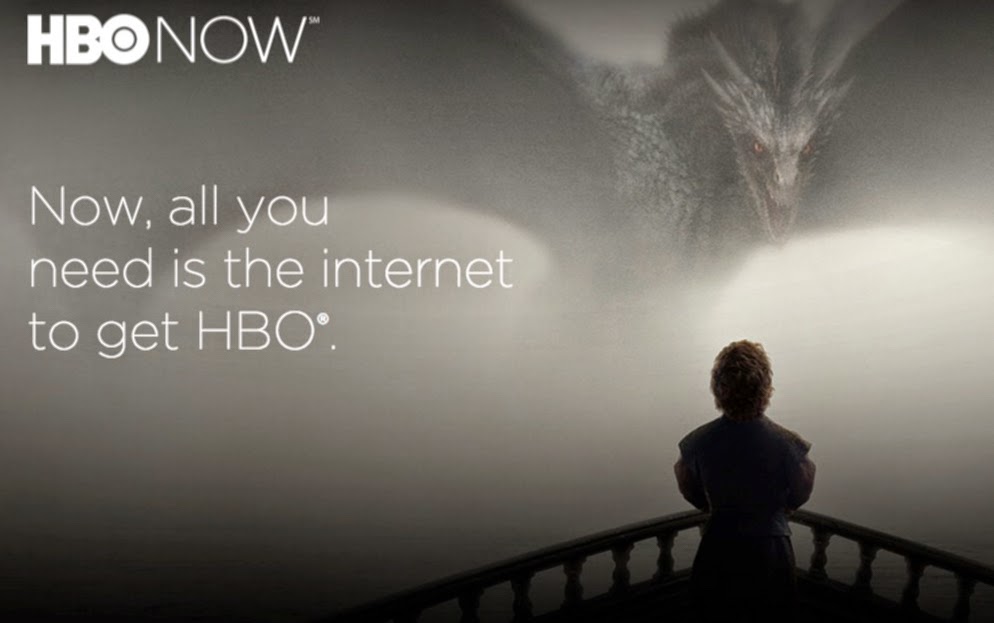 HBO Now launched yesterday and it could be the meteor that kills the industry’s dinosaurs, the biggest disaster since Ishtar, or anything in between. The trick — and it is no easy task — will be to convince cordless 20somethings to stop using their parents HBO Go passwords and spend $15/month for the new service instead.
That’s a big ask.

To begin with, HBO doesn’t have all that much “must-see” programming: Girls is over, so it’s Game of Thrones, Silicon Valley andJohn Oliver. They’ve got a passel of movies, good and bad, a couple of buzzed about documentaries (the one on Scientology.) But that’s about it.

There’s the full back catalog. Much of which is already on Amazon. Where for less than $15 a month, you get a lot more programming and free two-day shipping. More importantly, I’m guessing a sizable percentage of their potential audience has had access to HBO and HBO Go for a while now, so the back catalog is of less interest.
One extra large danger facing the service is what we call “binge and purge” — there is no minimum contract requirement, so it will be very easy for viewers to sign up for a month or two, binge on everything they want to see and then drop it. A similar scenario has them sticking with it until Game of Thrones (or Silicon Valley) is over and then dropping the service until next year.

That’s a very real problem for a service that’s twice the price of Netflix and Hulu with less than half the programming choices. If all you’re doing is watching Game of Thrones once a week, $15 a month is going to seem like an awful lot of money. And while the addition of daily news programming from Vice may help create more stickiness, it’s unclear whether that adds up to $15 a month worth of stickiness.

HBO has wisely made the first month of Now free and Apple is pushing it hard on the iTunes store. So while a goodly sized portion of its target may download the app just to check it out, it remains to be seen how many of them will stick around once that first bill arrives. (Or for that matter, how many of them will even want an app that duplicates what they already have for free with HBO Go, thanks Mom.)

However, HBO Now is important because it represents a step towards the unbundling of TV. It also serves as a reminder of just how expensive that unbundling might be: Cobble together your own DIY package with Now + Netflix + Sling + Hulu Plus + Amazon and you’re already looking at over $60/month for something that has far fewer options and is far more hassle than anything FIOS or Comcast might serve you for a few more dollars.

We’ll be keeping on eye on HBO Now’s numbers, this month and next as well as the month after Game of Thrones ends. Any way it turns out, it’s going to be interesting.