A Field Guide To Networks and Studios 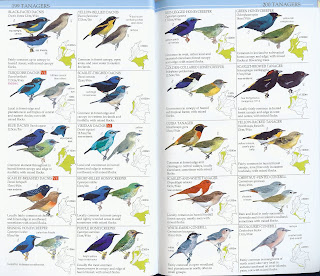 Vox had a great story last Friday about how Netflix doesn’t own any of its own shows—they’re all the property of the studios who made them.

This seemed to confuse a lot of people, while at the same time engendering a conversation among TV insiders about how little understood the notion of studio ownership was, particularly among the sort of tech blogger who lives to proclaim the death of television.

So, a little enlightenment.

Most networks do not make their own shows. (There are exceptions.) They buy their shows from studios like Sony and Lionsgate, who put up all the money for the production costs and for making the pilot. (Most of the time. There are, on occasion, exceptions, particularly when a big name star is involved.)

Now I bet you’re wondering why the networks do this, because it seems like making TV shows is the fun part of the business. And the answer is a four-letter word: Risk.

Most TV shows fail. Most pilots don’t get made into TV shows. Most scripts don’t get made into pilots. You see the pattern here? While it’s fun to work on a successful TV show, the vast majority of TV shows aren’t successful and they cost millions of dollar to make (even a pilot will cost millions of dollars) so if you’re a network executive, you may not want to take on that amount of risk, particularly since production is not your forte.

Take Netflix. They get to pick and choose among the best shows the various studios have come up with without putting any initial skin in the game themselves. They’re often bidding for these shows against competitors like HBO and Amazon and that may cause the price to be higher than it would have been if they’d made the series themselves. But in their minds, that’s okay, because it’s still less than what they would have lost if they’d made a pilot and it flopped.

So then why do the studios do it? If it’s so risky and there are so many flops, why bother?They do it because there is a huge potential upside. A hit series can be worth hundreds of millions of dollars for everyone involved: actors, writers, producers, studio executives. And while hit series are not the rule, there are enough of them that they are not the exception. For the studio, there is money to be made from selling rights to streaming services like Netflix, from DVD sales, from syndication and from overseas rights. That money—which can be in the hundreds of millions of dollars—does not traditionally go to the network that airs the show (there are, as always, the occasional exceptions), and successful studios and production companies are able to stay afloat (and then some) by successfully intuiting which shows are going to be hits and running with them.

Why bother with the networks at all?

That’s an excellent question and one we’ve been hearing a lot the past year or so. The answer is marketing and promotion. The networks spend millions to market and promote the shows they air because the more people who watch the show, the more advertising revenue the network brings in. If a lot of people are watching a show, it gets renewed again and again and everyone gets rich. The networks are good at promoting shows, even in this age of audience fragmentation, and they’re a safe bet.

That said, there’s been talk (and to date, it’s just that—talk) about putting together a show with top-notch talent and a name director, all of whom have large social media followings, and taking it directly to consumers via a website and/or Roku channel. It’s an idea that might work, but no one’s willing to take a chance on it yet. (“Yet” being the operative word here—as OTT continues to explode, the odds of success will look more promising.)

Everything else is changing, why not distribution?