Twitter Is A Broadcast Network. Not A Social Network. Deal With It. 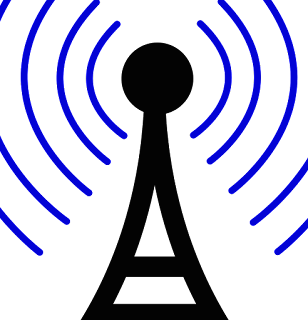 Dick Costolo started his career at Twitter with one of the classic tweets of all time. He ended with an equally ironic blast, but what happened in between was often not very pretty.

Costolo had something close to an impossible job: take the only social media platform that huge swaths of humanity seemed to actively dislike and turn it into something profitable and long-lasting.

In his defense, Costolo was a very smart guy who made some very clever moves. Chief among them was the decision to launch third party tweet ads.

This was a brilliant move because all those people who “hate Twitter” are generally intrigued by what’s trending on the platform, and so the ability to surface tweets from actors, journalists and the like on third party sites (with embeddable, clickable video, no less) promises to be a huge win.

Where Costolo kept getting tripped up however, was in the Attracting New Users department. According to eMarketer, Twitter’s monthly user base will grow 14.1 percent this year, down from 30 percent growth two years ago, with a projected user growth rate of just 6 percent by 2019.

We all know why that is, and yet so few of the Silicon Valley crew are willing to say it: You need a certain type of personality to feel comfortable tweeting. It does not come naturally to most people. And more importantly, it never will. Posting on Twitter is the internet equivalent of standing up in front of a crowd and giving a speech and that’s just not something most people would do without a compelling reason, like having a gun pointed at their head.

In a heartfelt 8,300 word essay released earlier this week, investor Chris Sacca outlined some ways he felt Twitter could save itself. Some made a lot of sense, like his suggestion that Twitter introduce a live public feed where TV shows could introduce tweets from “the actors themselves, the show’s official account, some parody accounts, hobbyist commentators, and celebrities who are known to be big fans of the show.”

We like this idea, and we liked it when we first introduced it in reference to third party Twitter ads back in February. Which is not to suggest that Sacca plagiarized us, but rather to suggest that it’s such an obvious solution, Twitter would be foolish not to run with it.

Where Sacca trips up however, is in his suggestion on how to get people over their fear of public tweeting. His solution is to ask leading questions like ““Who influenced you the most growing up?”, asking users to comment on controversial articles, or, worse still, asking users to post pictures of their “goofiest ever Halloween costumer.”

And this is why Twitter is in trouble. Because anyone who understands human nature or user behavior (your pick) knows, beyond a shadow of a doubt, that no one is going to respond to any of those suggestions, certainly not when their answers will appear in public. It’s hard enough to get people to respond when the only people seeing their responses are their friends (Facebook). People who regard the whole notion of publicly sharing their thoughts as frightening/ridiculous/egomaniacal are not going to start tweeting pictures of their Halloween costumes. Least of all their “most ridiculous” ones.

What Twitter needs to do is get over the notion that it’s a social network and embrace the notion that it’s a broadcast network. They need to start thinking about viewers, not users. Let the core users provide the content. And figure out a way for other people to see that content, in all its live and immediate glory, without having to sign up for a user account (a viewer account is another story) and/or feel like a loser when they realize they have nothing they want to tweet about.

Twitter is a great platform and we are big fans, but if it keeps trying to be Facebook Lite, it’s going to fail miserably. Double down on the broadcast, on the live, on the immediacy, lay off trying to get people to become “users” rather than “viewers”, and things (Twitter stock among them) may finally start to look up.