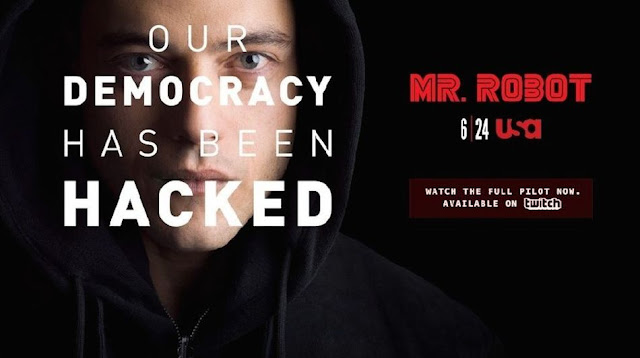 
A clandestine group of hackers takes on an evil corporation, breaking into emails and rooting through their files. That’s not the latest headline getting buzz on Twitter, but rather the plot of Mr. Robot, a new sci-fi series that just launched on USA Network. What’s newsworthy though is not so much the big-budget, multi-touch campaign the network used to launch they new series—but rather where they chose to launch the series and the audience they chose to target.

There were seven main beats to the interactive campaign, each one building on the first. What’s notable about all of them is that they didn’t run on TV, but rather online or as guerrilla tactics. USA’s plan seems to be to go after the long tail, to create devoted viewers who will watch the show online, via VOD or a streaming service. Purposely ignoring the high-Nielsen number premier is a bold move, but one we think was very warranted here. It’s also a road map for how shows might go about building the sort of hardcore involved audiences that are necessary for success in the new world of television. It’s a tactic Netflix more or less invented, and we’ve been wondering when the cable and broadcast networks would take it up.