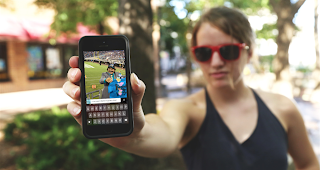 
With the fall sports season fast approaching, we thought it was worthwhile to take another look at the way sports leagues were dealing with the streaming services Periscope and Meerkat. The two apps burst onto the scene last spring and put a scare into sports rights holders, especially after the MayPac fight pay-per-view event, where tens of thousands of viewers were using the apps to watch the fight for free.  Shortly thereafter, all the major sports leagues banned fans from using the apps at games, with the NFL even banning teams from running their own official streams.

While we think that rights holders do have a cause for concern when people are filming a $100 PPV event off their TV screens, we think they are missing a real opportunity to use these increasingly popular apps to engage with fans who are at the game. While pirating Pay-Per-View off the TV set is an issue, we don’t see fans broadcasting from inside the stadium as a real concern. In addition to the issue of spotty in-stadium Wi-Fi, logic would seem to indicate that a fan with a smartphone is not going to get a very clean video of a game, certainly nothing anyone else would want to watch. The far more likely use case is for fans to use these streaming services to take videos of themselves at the game.

So rather than ban Periscope and Meerkat from the stadium, we’ve got 5 ways teams and leagues can use them to increase fan engagement:

1. Allow fans to stream, but give them a place to save and share their clips for possible inclusion on a highlights or scoreboard reel
It is possible to save the streams as regular video, which makes for easier upload to your site. This will keep their video within your ecosystem where you maintain rights to it . On a practical level, this means setting up an alert for anyone who is streaming from the arena and tweeting at them to let them know about the upload.

2. Phrase the instructions to make it clear that you are talking about short clips
We’re not talking about streaming the entire game of course. Encourage fans to take videos of themselves and their reactions before, during and after the game, with an eye towards being able to use them in a highlights clip or on the scoreboard.

3. Credit the fans whose clips you do use
Make sure your official social media accounts give them a shout-out. This will make them feel appreciated and chances are good they will promote the link to your official highlights reel. This will also encourage other fans to take part.

4. Promote your official Periscope or Meerkat account
sports teams on periscope
Use it to focus on fans during the game, with an eye towards sharing the clips on the Jumbotron or on a post-game highlights reel. That will go a long way towards making fans feel like they are a part of the action. Some scenarios you can look to capture include:

5. Come down hard on anyone streaming the live TV broadcast
That’s where piracy becomes a real issue and where it’s possible for someone with a high end camera to do a good job of recreating the broadcast you paid good money for, cutting into your ad revenue and otherwise interfering with your profitability.  Twitter (Periscope’s parent company) and Meerkat have both promised to be responsive to illegal streams, so let’s take them at their word for now.

Embracing your streaming fans and making them part of the family, giving them a purpose and rewarding them for helping to promote your teams is a far better strategy than issuing an outright ban and can really work to boost engagement. That said, it will still be important to monitor how Periscope and Meerkat develop and how quickly fans adopt these live streaming apps.
at 12:43 PM

Labels: Convergence, Social Media Is Only Social If You're Alone, The Business