Recaps Are The New Water Cooler 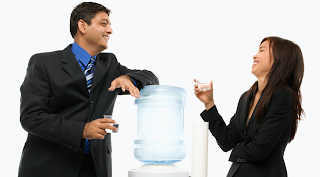 Like many people these days, the vast majority of my TV viewing is done on a time-shifted basis. Sometimes I’ll binge a series long after it’s off the air, other times I’ll catch up with a show that’s in-season, only I’ll do so  intermittently, in bursts. But however I’m doing it, the one thing I miss is that water cooler conversation, the ability to trade notes with friends and co-workers who’ve also just seen the same show.

That’s not happening these days. Particularly when I finish watching at 2 in the morning. But I’ve found a solution and so, it appears, have many others: Recaps.

Recaps, for the uninitiated, are a combination of a review and blow-by-blow recounting of an episode and the best ones are humorous and have a very strong POV. They are a great way to ascertain, for example, who random characters in Game of Thrones actually are and which family they’re related to, or get someone else’s opinion on which of the Wet Hot American Summer actors have aged the best.