To Binge, Or Not To Binge? Why We Like Hulu’s “Not Right Away” Strategy 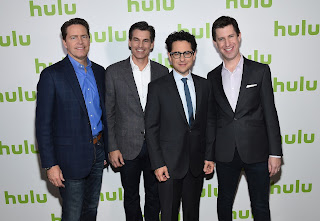 Originally published at TV[R]EV on August 14, 2015. Co-authored by David Beck

Bucking a trend towards enabling binge viewing, Hulu recently announced that it was going to release original series like The Mindy Project and Difficult People on a weekly basis, rather than all at once.

While “TV is dead” proponents may perceive this as a reactionary measure, we think it’s a very smart move/experiment that could:


Hulu actually has an opportunity to build audience and community.

One of the greatest challenges of an on-demand, binge-enabled series is how to build community.  The lack of a shared viewing experience coupled with fans paranoid about social media spoilers can create an almost anti-social viewing experience. Ultra hardcore fans will band together on sites like Tumblr, but for someone whose involvement is more restrained, the weekly debut of a new episode is all the news they need to share. This approach also allows Hulu to create a more coordinated social push, while driving live tune-in.

For Hulu, the advantage is an audience that, once they’ve watched and enjoyed a single half hour episode, might stick around to see what else Hulu has to offer. This can help reduce churn rate while building up Hulu as a brand, turning it from a destination to watch last week’s Saturday Night Live into a full-fledged network with a range of content. This is why the platform’s recommendation engine plays such a critical role, as we believe the data Hulu harvests here about the correlation between different shows will prove most valuable, both for targeting and for future programming decisions.

Hulu is unique among the streaming services in that its subscription model also comes with advertising. So while Netflix and Amazon don’t need to worry about the needs of the advertising community, Hulu does.

Fortunately, advertisers will see real benefits from this new paradigm as they’ll be assured of reaching a set audience at a specific time every week, an audience with whom they can share time-sensitive messages and whom they can activate via social media. This allows them to buy Hulu the same way they buy network TV (or at least network VOD) which makes for easier planning. Integrating native ads or #createdwith content featuring the show’s stars is easier too, because now there’s a timeliness to the programming.

And since Hulu’s 90 second ad pods are mercifully shorter than the four minute pods found on network TV, viewers won’t be drowning in a sea of commercials, which makes each advertiser’s (non-skippable) message stand out even more.

Audiences benefit from a shared experiences.

For those who don’t exclusively binge watch, watching weekly episodes can reduce the anxiety that certain “binge master” friends will accidentally spoil the season by revealing crucial plot points.
Those who stopped watching live TV “long before it was cool to say it”, may find they actually like episodic television: binge viewing often feels like binge eating: you’ve scarfed down the entire pint of Haagen-Dazs in one sitting and now you’ve got nothing for dessert all week. Knowing that there’s something to look forward to once a week might be appealing in and of itself, especially if you’re marathon viewing all the other series you follow.

But…they need to think about hedging a few risks

We’d be remiss not to mention some potential downsides to Hulu’s plans. While older viewers may appreciate the shared experience, younger Millennial and Gen Z viewers may regard it as hopelessly old-fashioned and give up on the series once they realize they have to wait a week for the next episode. And since no one, regardless of age, is accustomed to watching Hulu on any sort of linear schedule, the concept may prove confusing to viewers, especially if it’s not promoted correctly.
That’s why Hulu needs to develop a smart multi-platform content and engagement strategy—everything from releasing additional content across social networks to setting up live midweek Meerkat and Periscope sessions with the actors, writers and producers of these shows in order to increase viewer awareness and engagement. Given the strong existing fan bases for the stars of Hulu’s new shows, we think these sorts of tactics will be very well received.

Hulu has defied the conventional wisdom before, running commercials on a subscription service,  and then running a countdown timer while asking viewers to rate the relevance of the ads they’ve seen. The introduction of linear is just another experiment for them, one we think will yield excellent results.

If there is one rule of thumb for the TV[R]evolution, it’s to experiment and adapt. In other words, #BeBrave