New In The Guardian: Audiences Down, Christmas Ad Revenue Up: Has The TV Industry Gone Mad? 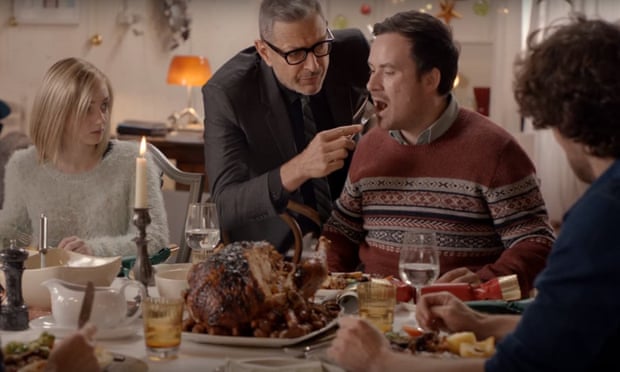 Originally published at The Guardian on December 22, 2015

The television industry is at a curious crossroads. Live viewing – and hence ratings – are down, but revenue from TV commercials has gone up. We’ve seen banner months for TV advertising in the UK and US this autumn. And while this initially seems like a curious paradox, there is in fact a rational explanation.


“No other medium gives you the reach that television does.” That story has been foisted upon advertisers for the past half a century. Surprisingly, however, it’s still true: even in the age of mobile and virtual reality and YouTube videos with billions of views, nothing even comes close to television in terms of reach.
It’s a lesson that has not been lost on advertisers, many of whom are starting to see the web as a black hole of fraudulent views, spurious statistics (three seconds for a “view”) and, more recently, ad blocking software. While people may be skipping past adverts or playing with their smartphones if they do watch them, at least, the thinking goes, they are aware of them, and hopefully for more than three seconds.

Now here’s where the maths gets tricky

Yes, ratings are down. Live viewership in younger demographics is sinking below 50%. And so what did the networks do in response? They ran fewer ads, to counter the appeal of ad-free streaming services such as Netflix. Which means there’s less of that (still) very desirable inventory.

Where the laws of supply and demand kick in

We now have the same number of advertisers vying for fewer available commercial slots. When demand exceeds supply, prices go up. Even if far fewer people are watching.
And we can expect that trend to continue as several new pieces fall into place. The first is addressable advertising, such as Sky AdSmart, which allows advertisers to target specific audiences much the same way they do on the web. While the television version is unlikely to include the pinpoint precision of web ads (that would eliminate the “reach” part) it will allow, say, cosmetics companies to target certain ads to female viewers – versus the current model, which is just “shows watched by a large number of female viewers”. Here, the lack of waste from the new audience parting segmentation will make the ad units more valuable and networks should be able to charge more for them.
As more viewing is done digitally, advertisers will be able to track their ads, who’s watching them, and what other shows and adverts viewers watch. Add in data from social media – Facebook authentication, whereby viewers use their Facebook credentials to log in to their pay-TV accounts is rapidly taking off – and you have data about millions of viewers, another factor that will help to keep TV adverts valuable to advertisers.
Better measurement will also help keep TV ad revenue in the black. In the US, Nielsen, after several years of waiting, finally announced the launch of their Total Audience Measurement system. This will measure live and time-shifted viewing and will provide separate ratings for TV shows and for commercials. Since the networks will now see ratings benefits from allowing their programs to be viewed anywhere and everywhere, they will throw away the restrictions they had previously imposed on such viewing. That means more places to run the commercials they sell, thus further boosting reach.
The holy grail for this new world of television advertising is fewer, better targeted commercials which the networks can then charge more money for. It’s a system that may fit everyone’s needs, as witnessed by recent developments at the popular US streaming service, Hulu.
Hulu charges $7.99 a month for a subscription service that includes about 90-120 seconds of advertising per show. In September, Hulu rolled out a new option, whereby viewers can pay an extra $4 a month and avoid commercials altogether. It seemed like a winning solution for a world where viewers seemingly do whatever they can to avoid advertising.
That’s why many observers (myself included) were surprised to learn that the ad-free service was not nearly as popular as the ad-supported one (especially given the fact that they both involve paying a subscription fee). While Hulu has not released exact figures, they have stated that “(a)s we predicted, the overwhelming majority of users have signed up for (or stayed on) the limited commercials plan”.
The final piece of the puzzle is cord-cutting, which seems to rapidly be becoming a non-issue. That’s because the pay TV service providers, most all of whom also provide broadband service, such as Verizon, Sky and Virgin, have taken an “if you can’t beat them, join them” approach to the new streaming services. They are partnering with the likes of Netflix, HBO Now and others, so they can offer those services to their broadband customers who don’t want the traditional 1,000-channel bundle, while keeping them firmly inside the ecosystem. Since many of the standalone online video services are ad-supported, advertisers get even more places to reach their audience.
Increased or even stable revenue is still far from a slam-dunk. There is a lot that could go wrong and certain types of advertisers (eg retailers) may prefer the immediacy of the web versus a TV universe where most viewing is time-shifted. Still, the odds are looking favourable, something the TV industry has not heard in quite some time.
at 6:43 PM