Affordable Luxury In The Apocalyptic Economy 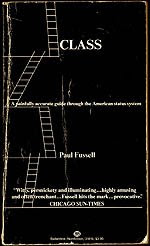 One of the most interesting marketing studies I’ve ever read was something that crossed my desk about 15 years ago. It was about a concept called “Affordable Luxury” and its lessons may be particularly apt as we head into a period of economic turmoil.

Affordable luxury was the name the authors (and I forget who wrote the study or why) gave to items like high-end espresso machines, cashmere sweaters, Tiffany key rings and the like: high-end items that spoke of a certain familiarity with upper class tastes, but whose price tags kept them within the realm of possible for middle class Americans. One of the things the study found was that the most die-hard consumers of these items were not upper class or even upper-middle-class, but rather middle class professionals who worked in high education/low salary type jobs like teaching, social work and journalism.

The notion was that these people, many of whom had grown up in upper middle class families, and all of whom certainly had classmates and peers working in higher income professions, needed some way to reassert their white collar status, a badge that said they too had the taste and income necessary to participate in the exploding market for high-end consumer goods. This group, the study went on to say, was particularly fond of recognizable brand name items because of the way these messages were immediately telegraphed by a Tiffany, Braun or Ralph Lauren label.

I find myself coming back to this study as of late, because the current economic crisis is going to put real luxury items beyond the reach of many more people. And I keep thinking that this may bode well for purveyors of today’s affordable luxury items. Take Whole Foods, for instance. A consumer who is cutting back on restaurant meals may feel justified in spending an extra $6 for a hunk of gourmet cheese. Starbucks too, may benefit, as the newly brown-bagging office worker may make the calculation that the money she’s saving on lunch enables her to spend an extra $1.50 on coffee. Again, in both of these situations, the benefit is more psychological than actual: “I’m drinking Starbucks coffee, therefore I am still a member of the white collar club.”

Other industries that may benefit are small consumer electronics. So while a new $1200 Macbook may be out of the question, a $199 iPhone might prove doable. Ditto a pair of $99 Bose headphones. Blu-ray DVD players (or their successors) may also see a bump as people factor in their relatively low cost vis a vis the necessity to cut back on movie going.

The worse things get, the more these badges will matter, as consumers struggle to hold on to whatever vestiges of an upper middle class lifestyle they once enjoyed. It’s a sign of where our culture is that these talismans can hold so much value, but observing this is not the same as endorsing it. I suspect we’ll see this sort of “badging” work its way into social media, where people become fans of and align themselves with easily identifiable upscale brands. It’s free, and again, it provides us with a way to promote our status as the sort of people successful and sophisticated enough to appreciate high-end consumer goods.

One final point here: this is a difficult topic to bring up because, as Paul Fussell noted in his landmark book Class, Americans do not like talking about social class or even acknowledging that social classes exist. We are all middle class, the mindset goes, unless we’re homeless or Mr. Howell. That’s all well and good, but the reality is quite different. As marketers, we need to acknowledge that reality and find ways to help our clients adapt to it.
at 11:06 AM