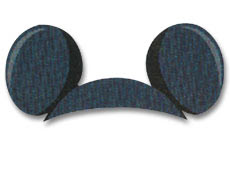 We're heading down to Disney World tomorrow with the kids for a little R&R (emphasis on the latter R-- not too much of the former in Disney.)

While I'll have internet access, I probably won't do a whole lot of posting.

Now I can think of few places as bizarre as Disney World to witness the election results-- I have this vision of Mickey on a stage in front of Cinderella's Castle, reading the results while Minnie leads the Obama supporters in a cheer and Donald fires up the McCain camp.

Either that or a ceremony at the Hall of Presidents where a hologram of the winner appears in the space next to W at the end of the night.