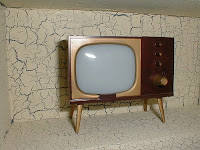 One of the great things about television commercials was the way they leveled the playing field. It didn’t matter what your product was: you could create 30 seconds of magic that was the equal of anyone else’s 30 seconds.

But as brands (and ad agencies) are finding out to their chagrin, that’s not the case online, especially with social media. That’s because once someone is spending more than 30 seconds with your brand, the level of interest they have in the category your product or service falls into plays a large part in determining the amount of time they'll spend thinking about your brand. So that an insurance company’s sites and apps, no matter how cleverly done or beautifully laid out, are never going to play in the same arena as a lifestyle brand like Nike or HBO.

Now the significance of all this is that for the past fifty years, brands have been able to rely on marketing to "create a splash" for low-interest products and services. So that a clever TV spot with a catchy tag line really could have significant impact on brand awareness for the general public. That's because that TV spot was competing for your attention with other 30 second TV spots (as opposed to other brands.) So that even if you were playing in a low-interest category, you could still work your way into the national psyche.

For better or worse, that’s no longer the case. Brands in less alluring categories are never going to achieve the same levels of interest and awareness as their more compelling cousins. (At least outside of the B to B arena.) Social media is conversational media and people really just want to converse about the things that interest them. If a brand happens to intersect with their interests, that's all well and good. But they’re not going out of their way to talk about you or even think about you.

This isn’t to say that brands that make low-interest products should just give up on marketing. But they do need to be realistic about the amount of interest consumers are going to show for things like rubber bands or insurance policies.

And by that I simply mean an adjustment of expectations. So that they’re comparing their social media mentions to other rubber band manufacturers and not to Apple. Aiming their web efforts at office managers and other people who order supplies, rather than the general public. Because as I noted in "Clicking Through The Internet," the general public has no reason to want to think about rubber bands, let alone interact with them.

It’s a shift that seems common sensical and basic on the surface, but it requires a huge psychological leap on the part of clients who have to learn to accept that while everyone they know may have seen their funny TV spots for their foot powder, no one they know is likely to download their Facebook app. That’s a giant hurdle for people who’ve gotten used to the ego stroke delivered by mass media advertising, an ego stroke that will no doubt prove hard for them to give up.

Unfortunately, they don’t really have much of a choice in the matter. Advertising is no longer a one-way push medium. And the nature of the product being advertised really does have an impact on how much time we spend with the marketing. Think of it as a mall or a Main Street: there are certain stores we’ll spend much more time in, browsing wares that are fun or cool or just plain interesting. Those may not be the stores that make the most money or are the most profitable. But due to the nature of what they’re selling, they get the most foot traffic.

The new advertising landscape will work much the same way.
at 12:29 AM