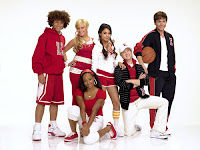 That meme comes from the fact that for many, success in social media is defined as having the largest number of friends, followers, blog comments, etc. It’s an easily defined measure of importance that they feel gives them bragging rights

But check in with any actual high school student and I’m guessing they’ll confirm that the “cool kids” at their school in fact, have some of the most tightly edited groups of Facebook friends.

Because if you’re a “cool kid” you can’t be seen hanging out with just anybody. You only want to be friends with other “cool kids.” And the more exclusive your friend list, the better. It’s the kids on the outside who are going around trying to friend everyone at the school and earning the reputation of trying too hard. The “cool kids” on the other hand, are decidedly uninterested in knowing anybody outside of their little circle of exclusivity. Or, to look at it another way, they don’t need external validation of their status.

And while I’m not advocating a return to adolescent pettiness or stuffing rival CMOs inside a locker, there is a lesson for brands here. Which is stick with the people who already think you’re cool. In social media anyway, where people are really only just there to socialize.

Don’t try and reach all sorts of people who barely know your brand or who aren’t particularly interested in it. It just makes you look desperate and, especially in a social media setting where (as we all know by now) Your Brand Is Not My Friend™, it’s really quite annoying.

By sticking with people who already think you’re cool, who want to hang with you, you’ll build up a far more dedicated and valuable base, people who are open to your message and who may, in fact, help spread it.

I’ve written before about “Personal Prom King” brands-- those offbeat brands for whom we have a strong level of affection and loyalty. (Mine, for instance, is Thor-lo socks.) And that’s a great place to start. If your brand is really low-interest, you may need to find another, slightly larger group to attach yourself to: maybe crockpot users, if you’re a spice manufacturer.

The idea here is to narrowcast, to find a small, narrowly-defined group of people who’ll be your loyalists and to whom you’re one of the cool kids too.

You may not wind up being the coolest brand in social media. But you won’t be one of the geeks.
at 9:17 AM