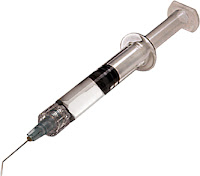 Despite my chosen profession, I very rarely watch live television anymore. I mean other than basketball games, major news stories and the odd episode of American Idol, I’d say just about never. (And before Bob Hoffman has a coronary, I realize that still makes me the exception rather than the rule.)

But I’ve been thinking a lot about when and why I decided to start avoiding TV commercials and the answer I keep coming back to is “when they started running pharma commercials.”

You see before pharma, with their 40 seconds of “may cause rectal discharge, arrythmia and, in some cases, death” you could be pretty sure that the TV commercials you watched, would, at some level, be entertaining. Now of course they weren’t all gems and the later into the wee hours you got, the more likely you were to encounter low production values and “buy now and we’ll throw in a second one for free!” But by and large the TV spots you encountered during prime time hours weren’t noticeably more painful to watch than the network TV shows that surrounded them. (Manimal, anyone?)

What’s more, with the possible exception of tampon ads, most of them were for products I might conceivably have had some interest in buying, either for myself or as a gift.

But the worst sin pharma ads make is that the overwhelming majority of them are flat out boring: the legal handcuffs placed on the creative teams all but guarantee 60 seconds of long, drawn-out ennui with the soundtrack to 10th grade biology droning on in the background.

It’s painful, it’s unpleasant, and like a well-trained lab rat, I do my best to avoid it.

I suspect I’m not alone either. As pharma ads take up more and more of the airwaves, we’re subconsciously learning to avoid all commercials, lest we unintentionally run into a pharma one. They’ve taken what was once a fairly innocuous and occasionally pleasant experience (the commercial break) and turned it into a rather painful experience. (Pun intended.)

I’m not sure what the solution is. At some level these spots must be working, because otherwise the pharma industry would not continue to throw billions of dollars at them.

But they’re also not working.

Because they’re driving people like me away from TV advertising to the point where we may never come back to it, not even for a system like Hulu, where ads are nicely timed out and generally somewhat clever and relevant.

The charm of television advertising has always been its entertainment value. We can argue about effectiveness till the cows come home, but I think we'd all agree that a good ad makes for good entertainment and that the better ones, the Whassups and Where’s the Beefs can even make it into the popular vernacular.

That’s something of an art form and it would be too bad if pharma killed it. I just don't know how to stop them.
at 12:46 AM