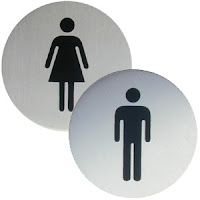 It's been about six months or so since the proverbial "Everybody" started jumping on Facebook and one of the more interesting trends I've noticed is that among my 30 and 40something suburban parent friends, Facebook is perceived as a very female thing.

Which makes sense at some level: for that crew, it's largely about posting photos (and commenting on them), arranging get-togethers and taking the sorts of quizzes that populate the more mainstream women's magazines. So it's easy to see where that perception comes from. (NB: That doesn't mean I agree with it; just that I think I understand where it springs from.)

So that's definitely a trend to watch: will social media, Facebook in particular, be perceived as a female thing? Or is this just a temporary blip based on where the service is in spring of 2009?

For that matter, will Twitter, with its short quippy, guys-hanging-out-in-the-schoolyard tempo be perceived as male? (I've heard that proposed recently as an explanation of why Shaq and Ashton get Twitter and Oprah does not.)

It will be interesting to see how this all develops, particularly given the way the platforms- and their user bases- continue to evolve. Love to hear your thoughts and personal experiences with this.
at 11:41 AM