Your Brand Is Still Not My Friend 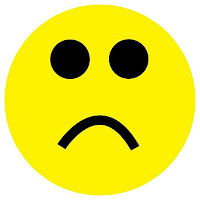 When the new Facebook went ahead and allowed people to become fans of brands and even began including them in the section formerly known as “people you may know” (now simply called “suggestions”) along with your real life friends, it looked like my “Your Brand Is Not My Friend” theory was on its way out the window.

But Facebook users seem to be having the last laugh.

Charity and cause groups, popular (Prom King) brands and the like seem to be acceptable things for people to become fans of, with brands like Starbucks getting numbers in the millions. Ditto commonplace events like becoming a fan of sleep or vacations. And coming up fast are joke groups like being a fan of “Not Being On Fire.”

Bottom line is that users still don’t want to embrace non-Prom King brands on social networks. Least of all in a public way that their friends can see. Prom King brands and so-under-the-radar-they’re-hip brands will have their fan bases. But who really wants to become a fan of Maxwell House Coffee?

Now that doesn’t mean people won’t buy Maxwell House or that they don’t enjoy it. Just that it doesn’t have enough of a coolness badge for people to friend it on social media.

Because as I've written previously, social media always involves a value exchange. I will become your friend if you give me something in return: information, money, entertainment, or, in the case of Prom King Brands, coolness.

On the new Facebook, consumer behavior seems to be playing this scenario out to a tee.

UPDATE, 5/17: Changed the picture up. Some people were reading some unintended imagery into the original one.
at 10:11 AM