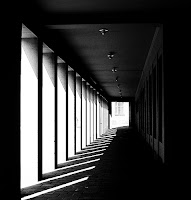 One of the great untold secrets of the ad business is the power of repetition. The most annoying or banal commercials, repeated often enough, can often have a powerful effect on sales.

It’s what made the agency business so successful back in the days of three television networks (how many jingles do you still remember) and why even today carefully targeted repetition works.

Now there’s always the argument that annoying the consumer is bad for a brand in the long run. And while it makes sense logically, Charmin and Wisk, perpetrators of two of the more annoying commercials of my childhood, both seem to be going strong.

It’s a quirk of human behavior we need to keep in mind as we proceed through the new digital landscape: messages need repetition in order to sink in.

But repetition does not have to mean cringe-inducing inanity. Any experience that’s compelling enough to encourage return visits or ongoing conversation is going to be more effective than one that requires a one-time hit (the old “viral video” trick.)

In the social media arena that means finding something about the brand consumers want to talk about. And since few brands have much worth talking about on their own (does anyone really want to discuss orange juice?) it means giving them something of interest to talk about, something that (a) they’ll want to follow up on and (b) has some relationship to the overall brand message.

Of course not every conversation about a brand is going to be on target or result in more than a single visit. But if they’re paying us to help steer the conversation, it’s incumbent on us to at least try.
at 4:45 PM